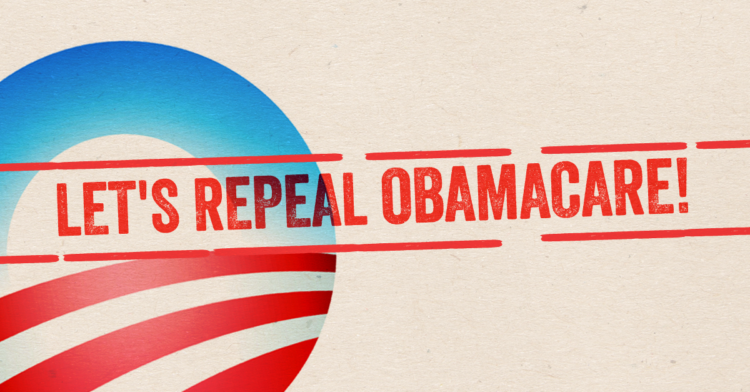 Repeal is in quotes because the House bill, the AHCA, does not, in fact, repeal Obamacare, otherwise known as the Patient Protection And Affordable Care Act. And, it has its own big problems

(The Hill[2]) Senate Republicans plan to dramatically overhaul the House ObamaCare replacement bill that passed Thursday and are warning the process could take weeks.

The House bill, the American Health Care Act, has raised an array of concerns among Senate Republicans, chiefly among lawmakers from swing states who are opposed to the cap on ObamaCare’s Medicaid expansion that would take effect in 2020.

GOP senators are also troubled by analyses that the legislation would significantly cut federal subsidies for people between the ages of 50 and 65, especially in rural areas such as Maine, Montana, Nebraska and North Carolina.

Senate Republican Whip John Cornyn (R-Texas) announced Thursday that there would no “arbitrary deadlines” for the healthcare legislation, setting up an open-ended process.

“We’re going through the issues methodically,” he said. “The House passing the bill gives us a little bit more of a sense of urgency, but it’s going to take a while.”

Here’s an idea: scrap the whole thing and replace it with one of the plans that have already been concocted by Republicans in the Senate. Such as Rand Paul’s[3]. Unfortunately, even there[4], he doesn’t simply repeal Ocare in full, because the time to do that was 2012, before it started to be implemented. Now, there needs to be pathways to move people off the government plans and slowly limit the damage done by Ocare without hurting people.

And a lot of the opposition comes from Republicans who are worried about a reduction in the Medicaid expansion. Interestingly, they forget that Ocare would leave states on the hook for the money to pay for it. Now, they seem to want this to be funded by the federal government. Republicans seem to want to implement their own Big Government solution. Why did we vote them in since 2010 again?

What’s to be done? The Hill’s Rachel Roubein offers 5 changes the Senate could make[5] (unfortunately, tossing the whole thing and starting again isn’t mentioned). Those are

One important thing to consider is that any bill must provide a pathway from the Ocare plans to actual private insurance. When discussing this, someone who is a Democrat but is against the PPACA because it has caused problems with his insurance, mentioned that one thing that could be done is allow insurance companies to offer their wares via the already established insurance websites. The infrastructure is there already. People could go to the websites and compare/contrast all the offerings. A centralized warehouse, if you will, much like, say, one of those travel websites like Trivago. There would be lots and lots of competition. Then, the actual purchase would go to the insurance company website for purchase. At that point, they could also go see individual agents. The government involvement would be limited.

Then, ideas like having larger pools of people and small companies nationwide in order to reduce the costs caused by the risk pools while increasing those who cause the risk pools could kick in. This is not easy. Again, the time to stop it all was 2012.