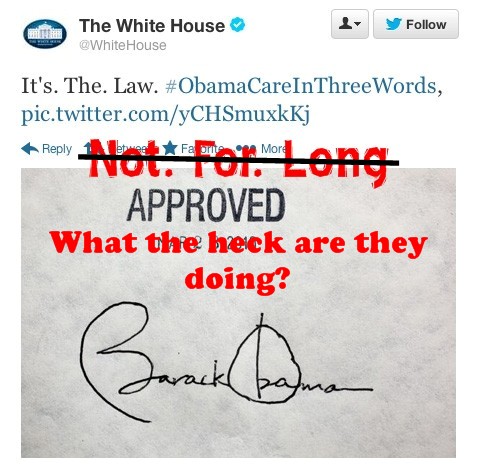 Revamp. What a great word. One definition is “an act of improving the form, structure, or appearance of something.” Some synonyms are overhaul, refurbish, repair, and update. And that’s the word the front page of Fox News (mostly an AP article) uses in their headline (but not in the single story page), which is perfect for what the Senate is trying to do

The Senate has blocked a wide-ranging proposal by Republicans to repeal much of former President Barack Obama’s health care law and replace it with a more restrictive plan.

Senators voted 57-43 late Tuesday to reject the plan in the first vote on an amendment to the bill. Those voting “no” included nine defecting Republicans.

The amendment vote portends a rough road ahead for GOP efforts to advance some form of ObamaCare replacement, even after the Senate narrowly revived the core bill in a dramatic test vote Tuesday afternoon.

Senators planned to vote Wednesday on another Republican amendment repealing much of the health law and giving Congress two years to come up with a replacement. A combination of solid Democratic opposition and Republicans unwilling to tear down the law without a replacement in hand were expected to defeat that plan as well.

The Senate voted narrowly on Tuesday to begin debate on a bill to repeal major provisions of the Affordable Care Act, but hours later, Republican leaders suffered a setback when their most comprehensive plan to replace President Barack Obama’s health law fell far short of the votes it needed.

This is what you see everywhere: Axios[4], Bloomberg[5], Vox[6], Washington Post[7], etc. There is no actual full repeal. All they’re trying to do is make a few changes to Obamacare, but, the basics of the law would still be in place. And not necessarily in a good way. Because, even getting rid of some of the taxes and requirements, the government is still the main controller of our health insurance and health care. It is entirely too involved in what should be between doctors and patients.

Here’s an interesting sidebar from the NY Times’ article

The Senate is now moving ahead with debate, amendments and ultimately a final vote in the coming days on legislation that would have a profound effect on the American health care system — roughly one-sixth of the United States’ economy. But it is entirely possible that by week’s end, the senators will have passed nothing.

Funny that they, along with most of the Democratic Party supporting Credentialed Media, weren’t that concerned with what Ocare was going to do to 1/6th of the US economy before it was passed.