The more power that moves from D.C. to the states, the better off the American people will be. So, when states draw a line in the sand on the 2nd Amendment or on Obamacare, it’s good news although unfortunately, the Supreme Court doesn’t always rule in their favor. 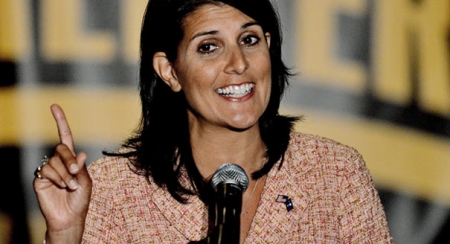 The latest state to say “no” to D.C. is South Carolina. It’s explicitly saying that it doesn’t want Obamacare in South Carolina[2].

The South Carolina House approved a bill Wednesday criminalizing the implementation of President Obama’s health care law in the state.

The Republican-controlled House voted 65-39 on the Freedom of Health Care Protection Act.

The act renders “null and void certain unconstitutional laws enacted by the Congress of the United States taking control over the health insurance industry and mandating that individuals purchase health insurance under threat of penalty.”

The bill declares “Obamacare” unconstitutional — despite the Supreme Court ruling last year that the Affordable Health Care Act was constitutional – and that there will be criminal penalties for enforcing the law.

Gov. Nikki Haley earlier this year said that the state will not implement the nation’s health care law.

At this point, just about anything that reduces the power of the federal government is good for the country. So the more the politicians in D.C. try to centralize power, the more the states should be applauded for trying to shake free of their grasp.