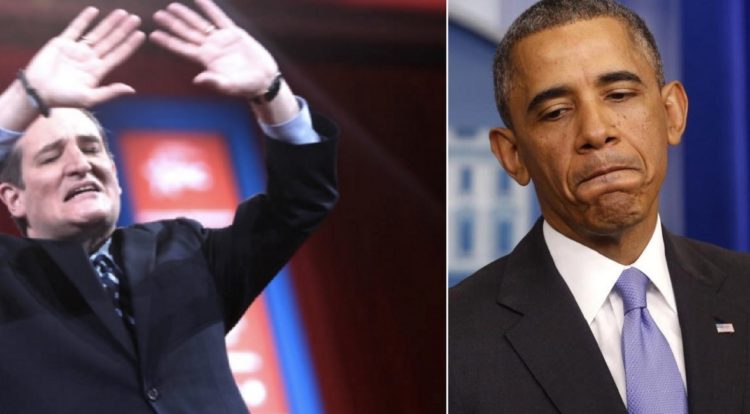 ObamaCare isn’t perfect. But, did it kill jobs?

In the last few weeks, failed Presidential candidate Ted Cruz denounced ObamaCare and supported TrumpCare, and it’s looking like the Texas Senator may be the major source of that premise.

As reported in The Independent Journal Review:

“In the 7 years Obamacare has been on the books, we have seen the results of this catastrophic law. We’ve seen the devastation that has resulted. Obamacare is the biggest job killer in this country[2]. You and I. And senators who listen to their constituents across the country have heard over and over again from small businesses hammered by Obamacare. As I have listened to small businesses in the state of Texas over and over again, they have described Obamacare as the single biggest challenge they face.”

Of all the criticisms of ObamaCare, “job killer” is a new one and has nothing to do with the reason it ought to be removed. Or at least replaced. Now that ObamaCare is on the books, we’re all used to the idea that the government should be at least partially responsible for healthcare and are less willing to discuss giving that up.

The Obamacare mandate for small businesses did not even take effect until 2016, but even if you grant that the very existence of Obamacare could have had some effect on jobs, its passage did seem to have a subtle effect on job creation in Texas.

From the Bureau of Labor Statistics: 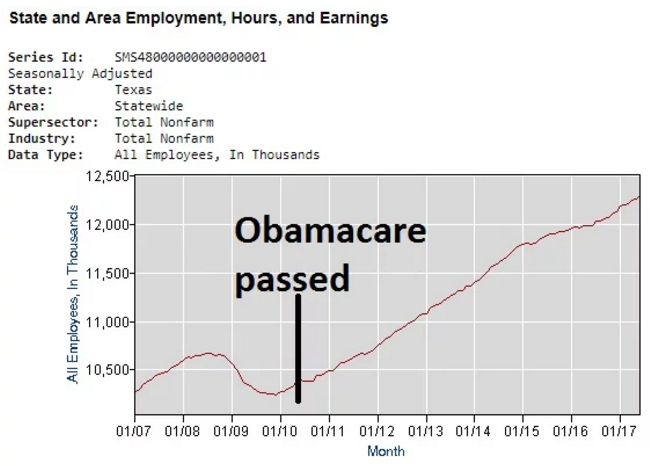 This is why you should keep government out of business in the first place, so you’re never faced with these decisions years later. But, Ted Cruz needs to address the employment statistics before he keeps pushing his position.