The fine folks over at Freedomworks[2] brought me to D.C .for the first annual BlogCon[3].

The event was all about bringing bloggers together from across the country and giving us tools that will enable us to be better at what we do.

Right off the bat, Freedomworks[2] set up a meeting between bloggers and Republican communications directors/new media whizzes from the Hill. That was an extremely productive meeting — well, with the people who were there. Surprisingly, at least to me, it was not heavily attended by Hill staffers. 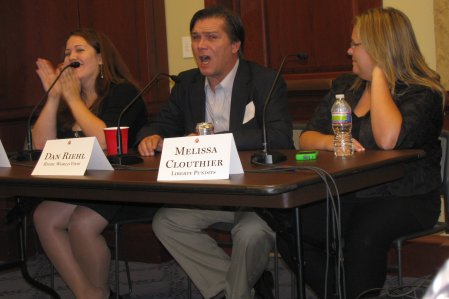 That night, Freedomworks[2] had a reception that featured Matt Kibbe, Erick Erickson[7], and Steven Crowder[8].

Afterwards, the blogosphere’s premier social butterfly, Melissa Clouthier[10], put on a heavily attended tweet-up that ended up spreading across three different restaurants. I got to spend a good bit of time hanging out at dinner with Renee Ellmers[11], who’s surprisingly laid back, normal, and fun for a congressional candidate. I did offer to buy Renee’s dinner for her if she’d earmark a swimming pool for me when she got into Congress. But, being a fiscal conservative, she turned me down. =D 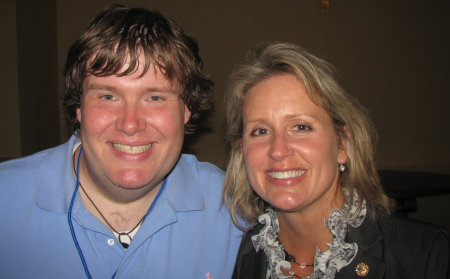 The next day, however, was when things really got rolling. We had a day full of speeches and panels — and, yes, I did give a speech. Unfortunately, although it got pretty good reviews, I honestly thought it was kind of craptacular, so I’m not putting up the video of it. Also speaking were Mary Katharine Ham[13], Melissa Clouthier[10], Jim Hoft[14], and the first ever LIVE Trifecta[15] show with Bill Whittle, Steve Green, and Scott Ott.

Now, I’ve been around a long time, so if I really enjoy a panel and learn a lot, it’s a pretty good bet that a lot of other people did, too.

My three faves were,

Vlogging, YouTube, & interviews: How to be effective on camera: Lee Doren[17] , Jason Mattera[18] , & Steven Crowder[8]: The information they gave out, particularly on marketing your videos, was absolutely invaluable. Here’s just one hint: the key to taking a video viral is to get heavy views for it in the first 48 hours and then, if it does well enough, it will show at the top of YouTube’s promotional pages and it’ll really have a chance to take off.

Pimp your blog: Maximizing your WordPress experience: Cord Blomquist[19]. Word Press is what powers Right Wing News and Cord knows it like the back of his hand. His suggests were invaluable and some of the plugins he suggested were EXACTLY what I had been trying to find for months.

Humor in Blogging: Ace of Spades HQ[20], Caleb Howe[21], Snark and Boobs[22], and Iowahawk[23]. It’s actually very difficult to be funny while you talk about HOW to be funny, but they managed to pull it off. Ace in particular, was on fire. (PS: I know people would love to see some Ace pictures and I have ’em, but he requested that they be embargoed. Besides, you guys have seen the Ewoks from Star Wars, right? Okay, now imagine a very tall Ewok that drinks a lot and there you have it!)

Fun Fact #2: Freedomworks[24] swag included Atlas Shrugged and a copy of the Constitution/Declaration of Independence.

After a full afternoon of panels, we headed over to a liberal vs. conservative debate. It was Erick Erickson[25] and Jim Geraghty[26] vs. Allen Rosenblatt[27] and Adam Green[28]. Dave Weigel[29] moderated. Honestly, it wasn’t a very good debate because the topic was just too vague: Who’s more effective on the Internet: The Left or the Right. If you have a sharp topic like abortion or health care reform, where there are crystal clear differences, it’s easy to paint clear distinctions. However, when you’re talking about a nuanced topic, it muddles things up so much that it’s hard to enjoy the debate. 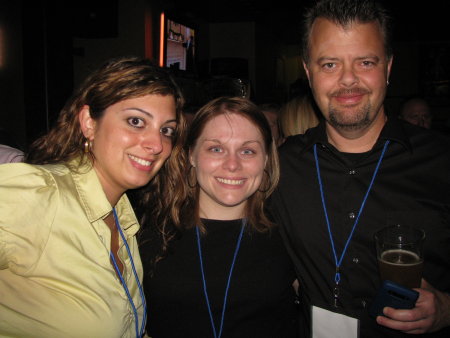 The next day was 9/11 and naturally, things were very scaled back. Dick Armey[34] did do a book signing for Give Us Liberty: A Tea Party Manifesto[35] at the Freedomworks building, but otherwise, not much was scheduled. 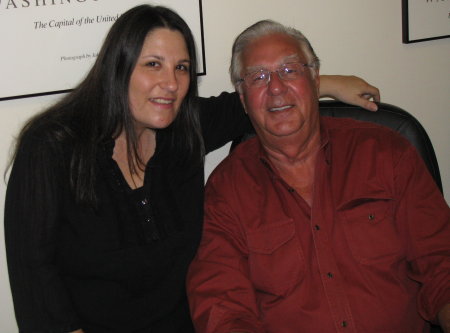 Saturday night, everyone split in different directions. Some people went to see America at Risk[37]. I took another group of around 20 people out to eat, and other people just prepared for the 9/12 rally.

All in the all, the first Blog Con was a big success. There were a lot bloggers there, we actually learned something (which is rarer than you might think at these events), and people seemed to have a great time socializing. Much thanks to Tabitha Hale[38] and Freedomworks[2] for putting on the event.

Here are some other pics I took at the event: 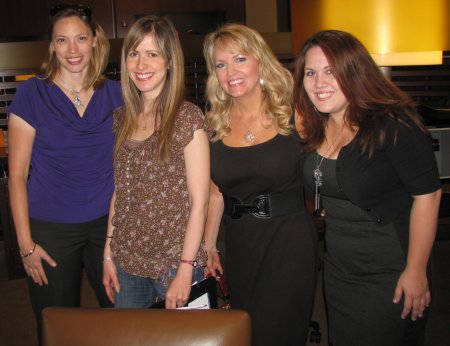 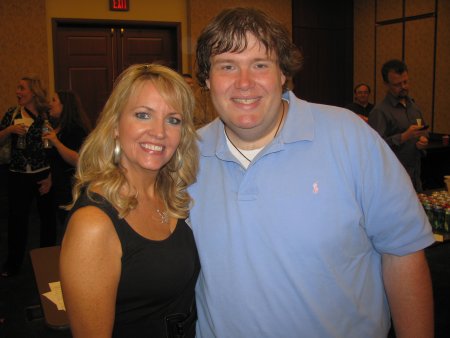 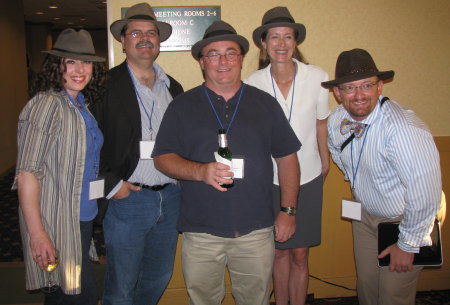 Fedora’s were in at BlogCon. Blame Robert Stacy McCain[42], who seems to be the guy who has popularized them: Cheryl Prater[43], Warner Todd Huston[44], Steve Eggleston[45], Lisa Graas[46], Smitty[47] 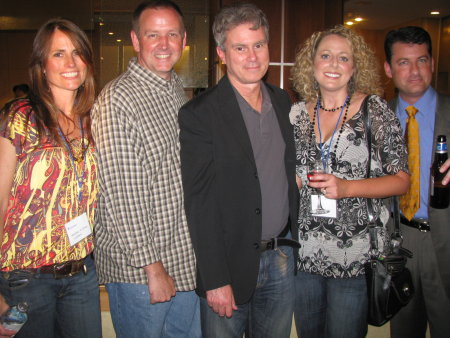 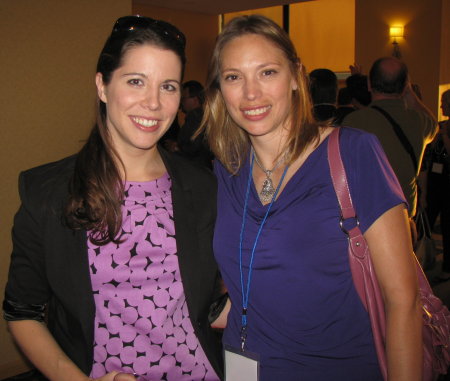 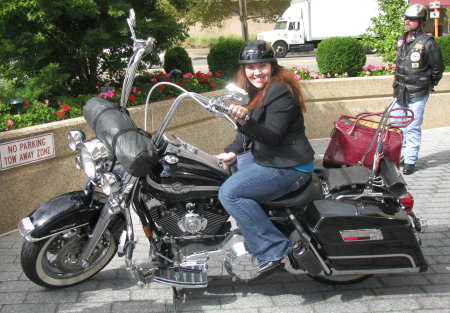 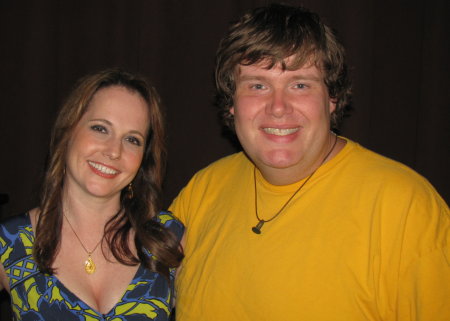 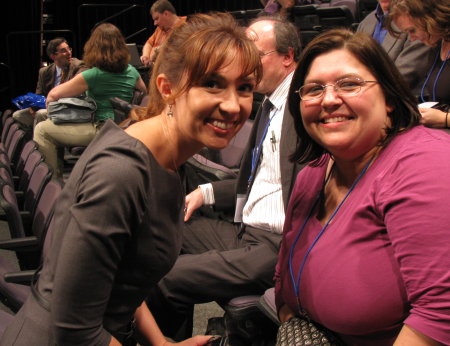 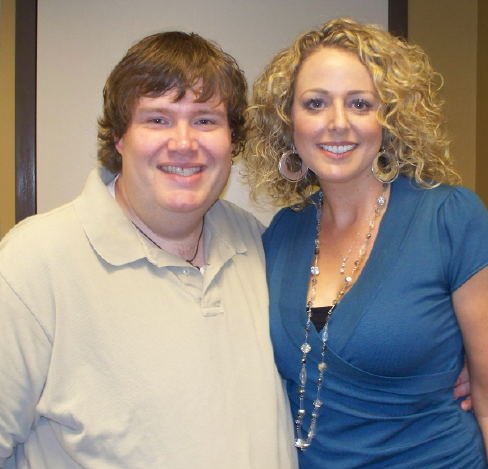 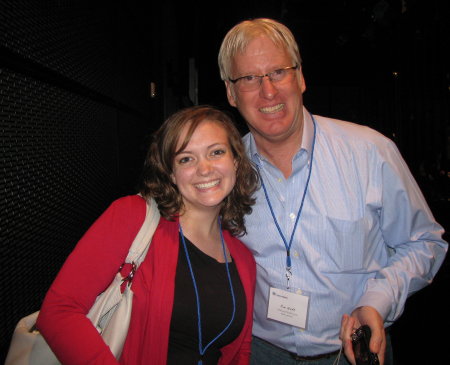 Allie Duzett, author of How To Save America: A Tactical Guide For Practical Patriots[57] and Jim Hoft[58] 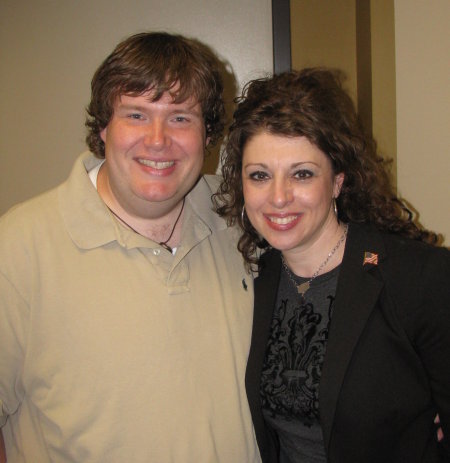 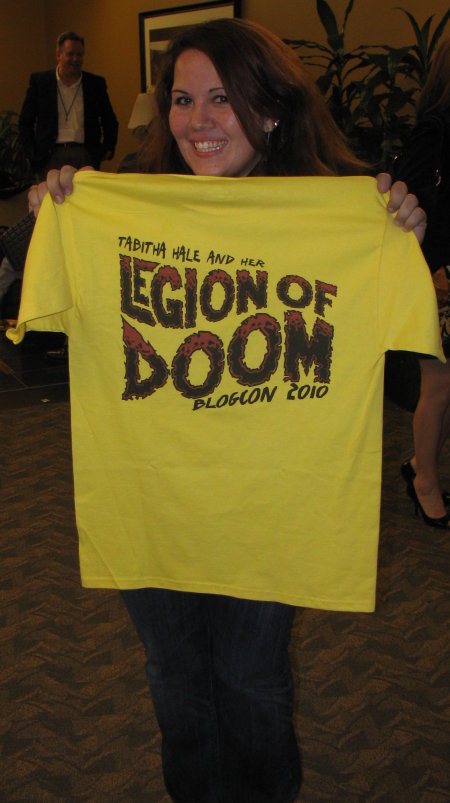 Suck it, John Cusack. It’s Tabitha Hale[38] and her Legion of Doom.

Fun Fact #3: “Tabitha Hale’s Legion of Doom” comes from a liberal tweet about a Twitter fight that John Cusack started with Tabitha. Things didn’t go as well as well for Cusack as he expected. Link[59]. Buy your t-shirt here.[1] 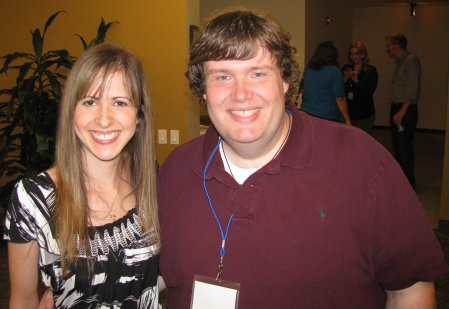 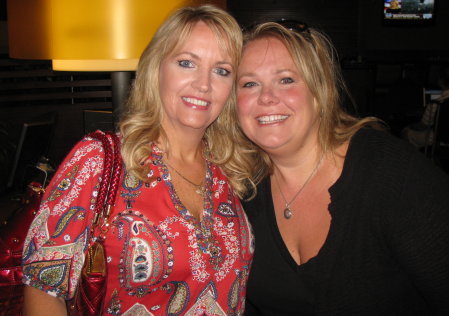 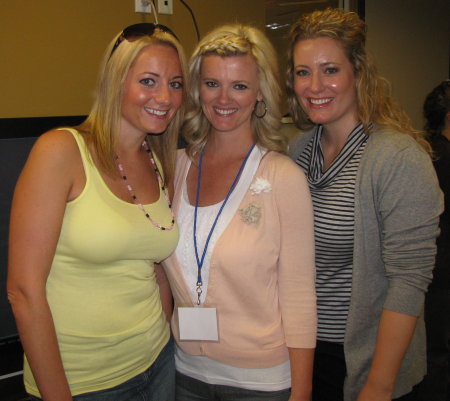 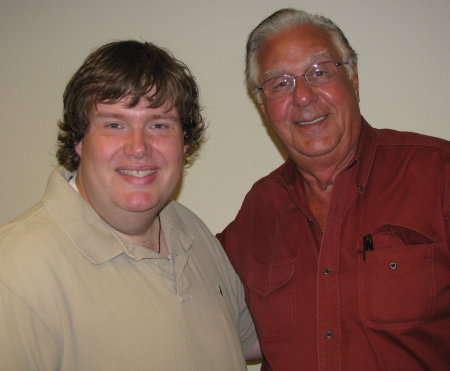 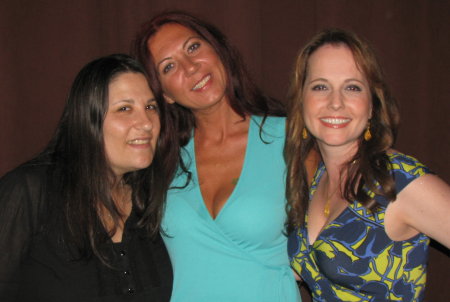 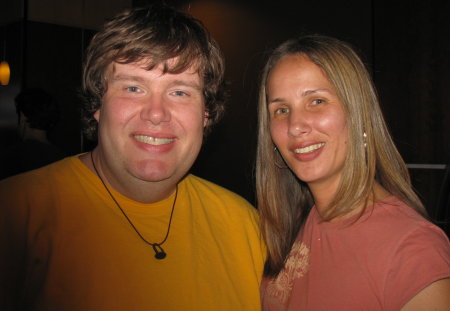 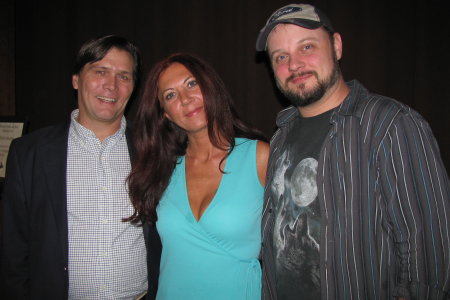 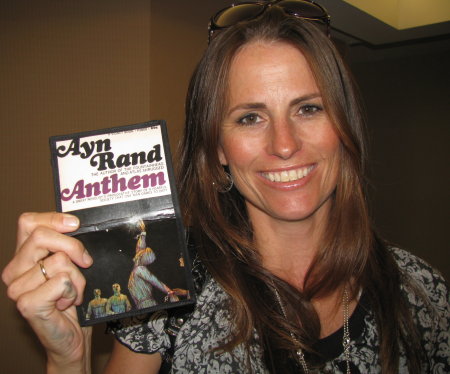 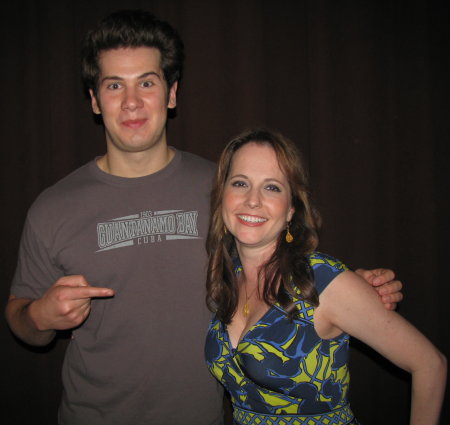