Becerra … served as a representative from California from 1992 to 2017.

So he was bought off by people who make fortunes by killing babies. No biggie. As Democrats loved to say during the Bill Clinton days, “everybody does it”:

Sen. Kamala Harris, D-Calif., who initiated the investigation against Daleiden and Merritt when she served as State Attorney, received a campaign donation from Planned Parenthood in the amount of $2,600 in 2016.

She also received a total of $39,855 in 2016 from the abortion policy and pro-abortion right lobby, according to the Center for Responsive Politics.

It doesn’t take much to buy these people. Best of all for Planned Parenthood, the donations also buy continued government subsidies, so they don’t have to pay for the bribes. They can just use our money, which flows into their pockets at the rate of a half $billion per year. 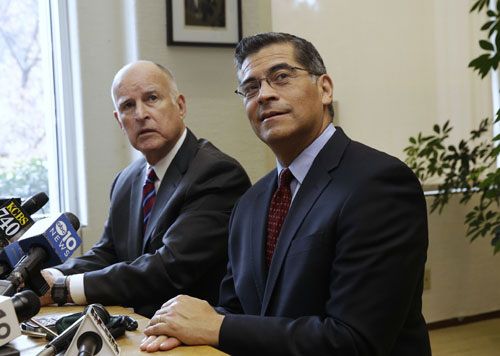 On a tip from Mr. Freemarket. Cross-posted at Moonbattery.