Whenever the left doesn’t like something, they immediately label it with some “-ism” or another. In the case of the American Healthcare Act, that particular label appears to be “sexism.”

Of course, this is coming from the mouth of Cecile Richards, CEO of one of the most popular baby chop-shops in America, so did we really expect anything else? 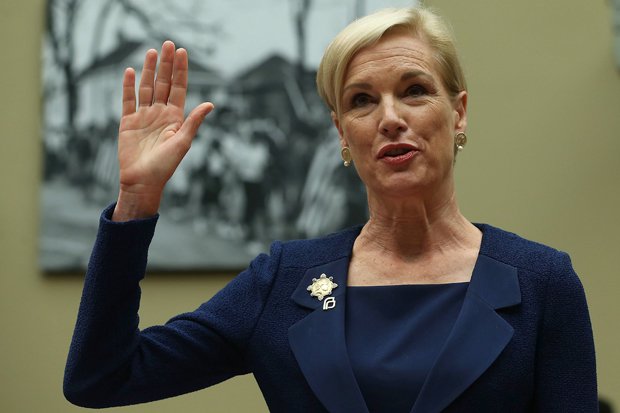 Despite her best efforts to make the AHCA and the Republicans who passed it out to be sexists, Richards found out that not everyone is going to take the bait.

Upon hearing that the Republican healthcare bill was going to pass the House, she tweeted out an extremely dramatic message: “When women aren’t at the table, we’re on the menu.”

When women aren't at the table, we're on the menu. https://t.co/pEVjxZWr9I[2]

Twitter users weren’t going to take that lying down and formulated some extremely hilarious (yet kind of saddening) replies.

So is salad and a light Chablis while discussing the harvesting of baby organs.

Unborn children are on the menu at your clinics, ghoul.

Sort of like the baby parts that you put on the menu? Except the babies can't speak for themselves

You don't women at the table.

You want them ON it

It’s not hard to see why so many people dislike Richards, given that she seems to have extreme double standards regarding how women should be treated. At her clinics, she treats young, scared women like prey and use their fear to line their pockets, while making even more money on the sale of the body parts of their babies. And yet she wants to sit here like she’s some sort of champion of women?