Like many others[1], I heard that the AHCA did not defund Planned Parenthood, but that looks like it’s not entirely true. It just doesn’t defund ALL of the funds to Planned Parenthood. It eliminates roughly 86% of the funding… $390 million of $450 million in annual funding. That’s a good first step, although I do not understand why they didn’t defund these butchers entirely. It does however, redirect funding to community health centers that still benefit the needs of women out there. They claim the bill ensures that Obamacare will not fund abortions. I hope that is true. The only way that would have been for certain would have been a full repeal of Obamacare and not replacing it. Along with cutting off all funding to Planned Parenthood.

It’s evident to me that the Democrats are spreading misinformation on the AHCA bill. However, I just can’t get excited over it. It was nowhere near what Americans wanted or needed and the Senate is sure to come up with something entirely different. Mike Pence is extolling the bill as a win for life. I would not celebrate just yet, we are not anywhere near through the approval process yet. If the bill passes, it will be a big step towards stopping abortion and getting rid of Planned Parenthood. But the fight will not be over by any means. 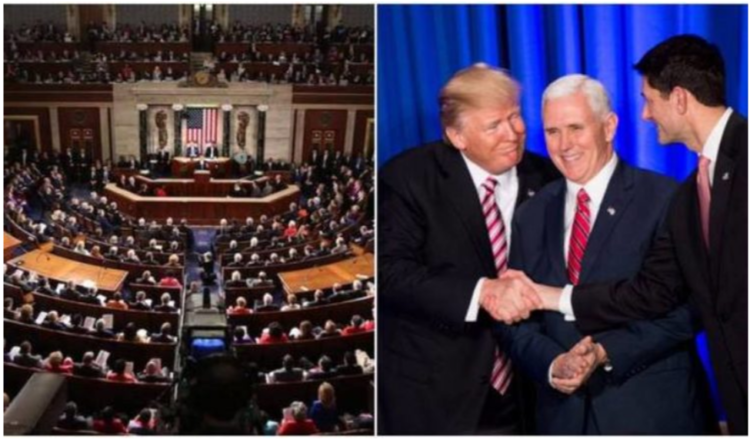 The pro-life bill would eliminate more than $390 million (over 86%) of over $450 million in annual federal funding to Planned Parenthood, from all mandatory spending programs. The measure also redirects funding to community health centers which outnumber Planned Parenthood facilities 20 to 1 and offer a wider array of health care services, but not abortion. AHCA also repeals Obamacare abortion subsidies, adds reforms to give states more flexibility and lower costs, and provides families more options.

The bill would close the largest pipeline for federal funding of Planned Parenthood, Medicaid, and it applies as well to the CHIP and the Title V and Title XX block grant programs.

“As enacted, the PPACA contains multiple provisions authorizing federal subsidies for abortion, and abortion-expanding regulatory mandates. A 2014 GAO report revealed that over 1,000 federally subsidized plans nationwide were covering elective abortion. The American Health Care Act would repeal the provisions of law that created this system, and prohibit any future federal tax credits from subsidizing the purchase of plans that cover elective abortion, thereby restoring the longstanding principles of the Hyde Amendment with respect to federally funded health coverage.”

One of the most promising outcomes of this bill so far is that it has royally ticked off Cecile Richards and Planned Parenthood. They are comparing it to doomsday for women. I take small comfort in that… it is at least a bright spot in a precarious future for this bill. I might also point out, that it only partially defunds Planned Parenthood for… wait for it… one year.

I am not alone in opposing AHCA. It keeps 90% of Obamacare in place and keeps us on the path of Single Payer healthcare and bankruptcy. Constitutional conservatives in the Senate oppose the bill… chief among them Mike Lee. I know Ted Cruz is optimistic over this, but I have to say I’m not. All this does is make it Trumpcare and ensure that the Republicans will be blamed as it implodes. I stand firmly with the conservatives on this one in the Senate.