Seven people were seriously injured — including a six year-old child — by a “Swiss man” who attacked train passengers with a knife then lit himself and the train on fire near the Salez-Sennwald train station in Switzerland, officials said. But one thing they won’t say is the real identity of the attacker. 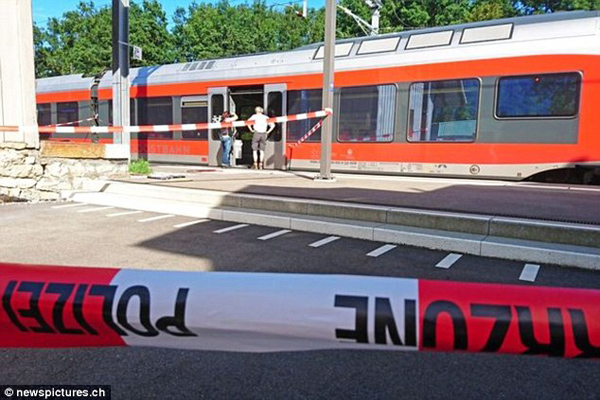 Some reports say the attacker had a Swiss name, but no other details have been released, the Daily Mail[1] reported.

Seven people have been injured after a man attacked passengers on a train in Switzerland with ‘fire and a knife’.

Swiss police have confirmed the train has been sealed off an it is understood the county’s interior minister is holding an emergency meeting over the incident.

The man set the train carriage on fire using a flammable liquid and also stabbed passengers, including a six-year-old child, police said.

Police say the suspect, who is fighting for his life after setting also setting himself on fire, is a 27-year-old Swiss national of unknown origin – but did not reveal whether he was born in the country or any other personal information about him.

So, why no more information on the attacker?

What do you think? Tell us in the comments….