And on today’s episode of “Reasons We Should Build The Damn Wall Already,” retired Phoenix Police Detective Robert Arce is coming out to discuss the murder of his friend by Mexican nationals. ILLEGAL Mexican nationals.

While the left will tell you that “illegals aren’t all dangerous” and reason that because of that, they should be able to stay in the country, I have to wonder where all of that “do it for the children” rhetoric has gone. 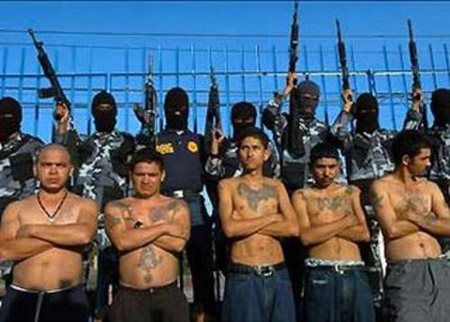 Slain DEA Agent Richard Fass was a friend of Detective Arce and was executed by illegal aliens in 1994.

“My friend begged for his life as illegal aliens from Mexico handcuffed him and murdered him. They didn’t care that he was pleading for his life and his loved ones,” Arce said.

He explained the situation leading up to the fatal encounter:

This occurred during an undercover operation gone bad in Glendale, Arizona. These illegal aliens were posing as sellers of approximately 20 pounds of methamphetamine, with the intent of luring Agent Fass into a robbery. These criminal aliens had no intention of selling Agent Fass the methamphetamine; they only intended to rob him of the $140,000.00 USD agreed-upon price.”

“Once the illegal aliens determined that Fass’ partner (who was at another location) was in possession of the agreed upon cash, the suspects attempted to kidnap Fass and two police informants inside the auto shop where they had met. The two criminal aliens pulled out handguns and handcuffs and placed agent Fass on his knees. During an ensuing scuffle, Fass was able to retrieve a firearm and wound one of his captors, but he was then executed by the second suspect.”

Read the rest at Breitbart[2], which has all of the details.

Liberals are always complaining that conservatives don’t want to do anything to help protect children because we don’t want to give up our firearms, but when it comes to securing our border, I’m not hearing a peep.