If you needed yet another reason to love and support Chick-Fil-A, this is definitely it. Nothing is more heart-warming than knowing that the employees of this restaurant chain cared so much for one of their patrons that they would dedicate a table to him after his passing.

Officer Norman Lewis was known to eat at his local Chick-Fil-A once or twice a week and everyone there believed he was a “gentle giant.” Unfortunately, Officer Lewis was killed in a car wreck, but his memory lives on at his favorite eatery. 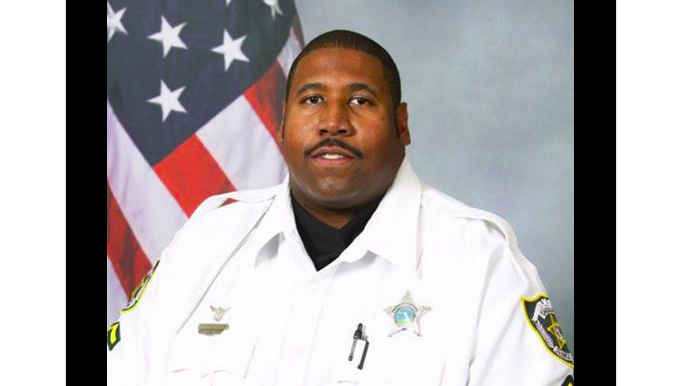 Officer Lewis was killed in the line of duty in Orange County, Florida while searching for a man who had allegedly ambushed and murdered a fellow officer.

Friends and family of this officer were devastated, with one long-time friend, Doug Gabriel, having this to say[2]:

What nobody expected was that the employees at his favorite fast-food joint would be just as affected as any one of his friends.

“I turned on the TV, and I couldn’t believe it. I just started bawling. I can’t believe I won’t see him ever again. It doesn’t seem real.”

In honor of the fallen officer, they set up a “missing person” table.

“Kristen loves sports and is ‘one of the guys.’ Norm would come in and they would always catch up on what sport she played recently.”

She also praised Lewis’s constant small talk with employees as helping bridge the widening gap between civilians and law enforcement.

On the restaurant’s Facebook page, it was announced that flags would be flown at half staff, and management posted a message of how much the officer truly meant to the establishment’s employees. It read[5]:

“For our restaurant, it is especially heartbreaking losing such a loyal guest, a fellow UCF Knight, and a raving fan, Deputy Norm Lewis. We’ve had the pleasure of serving Norm regularly for lunch, consistently getting a 12-Count Nugget meal with a Fruit Cup. Deputy Lewis, a gentle giant, could always be seen cutting up with our cashiers. We will terribly miss his smile, laugh and friendship.”

If you wish to donate to the family, there is a GoFundMe[6] page that will help them deal with the financial burden of his sudden passing.