The violence in Berkeley is getting so bad that one lawyer is suggesting that the National Guard come in and try to keep some semblance of peace.

Harmeet Dhillon is a San Francisco lawyer and she is representing the UCB College Republicans in a case being brought against the college. She stated that if the Mayor of Berkeley isn’t able to maintain order in his city, then something more radical needs to be done. 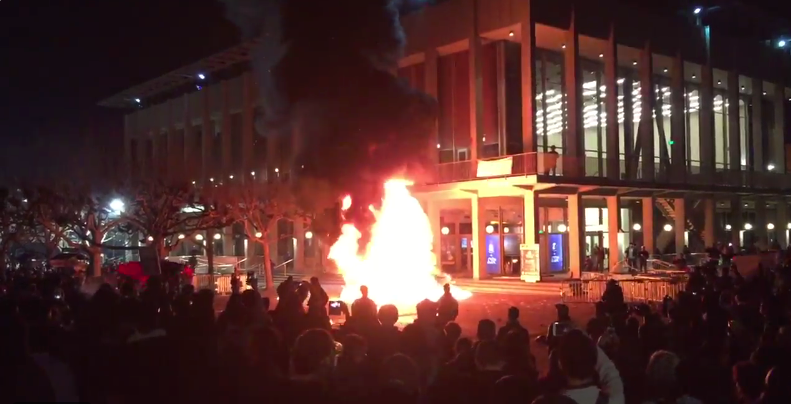 When asked whether she thought that President Trump should order the National Guard into Berkeley, Dhillon responded[2] in a measured, intelligent way.

Well again, I don’t think it’s Ann Coulter’s or YAF’s or Berkeley College Republicans’ problem to solve that problem. First of all I think the Governor has to call out the National Guard. The President declaring martial law in Berkeley so that Ann Coulter can speak is a bit extreme. I’m not suggesting that would be an appropriate outcome, but I think the problem runs deeper than this Ann Coulter event.

She’s absolutely right. The rage that is driving these protests and the “Antifa” movement does not begin and end with one Ann Coulter. It is, at its core, a temper tantrum thrown by people who didn’t get their way. Now that Trump is President of the United States, this group of children who were never told “no” or disciplined when they acted out, are behaving in the most outlandish way possible in an attempt to show their distaste. Unfortunately for these masked morons, there is nothing they can say or do that is going to change the outcome of the election. In fact, the only people who are going to face the consequences of this ridiculous rampage are themselves.

Let’s hope these kids grow up before they are forced to live with a criminal record because one of their liberal professors convinced them to be “a revolutionary” and throw molotov cocktails at the police.