A teenage employee at the Great American Cookies store in Katy, TX was suspended. This wouldn’t be newsworthy, except that he was suspended after buying a brownie for a police officer.

After doing so, another customer became irate and asked Zachary Randolph if the teen planned to purchase his order as well. When Randolph told him that he wouldn’t because the man isn’t a police officer, the guy threatened to assault him and get him fired. 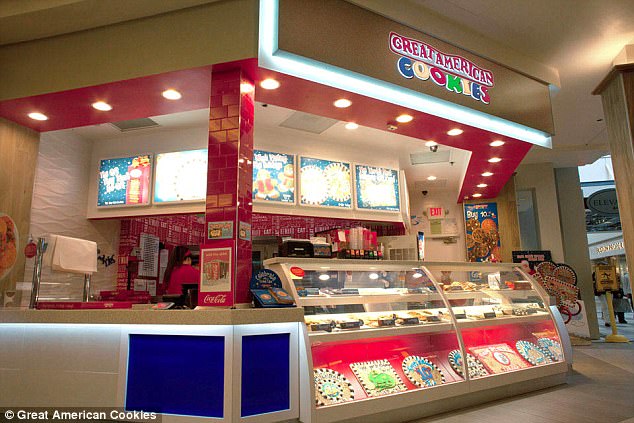 Randolph did an officer a kindness when he bought him a brownie. That is something that you and I would do without hesitation, right?

Well, apparently a family behind the officer didn’t like that preference was shown to the LEO. The man asked Randolph if he planned to buy their order too. When the teen said no, the man threatened to beat him up and his wife threatened to slap him. After sitting down the daughter, the man tried to climb behind the counter and assault the employee.

Bizarrely, they also accused him of being racist and promised to get him fired.

The teen was suspended for a week for the incident.

While speaking with Fox 26[2], the young man said he wanted to show his appreciation for the officer by footing the $2.75 brownie.

‘He’s just a really nice guy and on top of that he has a badge. That’s enough for me to buy him something. That’s the least I can do.

After the angry outburst from the customers, Randolph went into the back room to remove himself from the situation.

The next day, he was told that upper management wanted to fire him, but instead they settled for a suspension and a write-up, which is ridiculous for being kind to someone.

In an update, the backlash faced by Great American Cookies caused them to reverse their decision and issue an apology to Randolph.

You’re darn right! You can’t hold that kid responsible when it’s the reaction of the customers that caused the ruckus. I’m glad they saw the error of their ways, but I’m sad that they even considered suspending him in the first place.