It’s the type of call that anyone would dread responding to: a horrific car accident where innocent people have lost their lives. The scene that Officer Nick Struck came upon was even harder, because four children were left in the car uninjured, but orphaned — and when he saw how scared this little girl was, he tried to comfort her by singing her a lullaby. 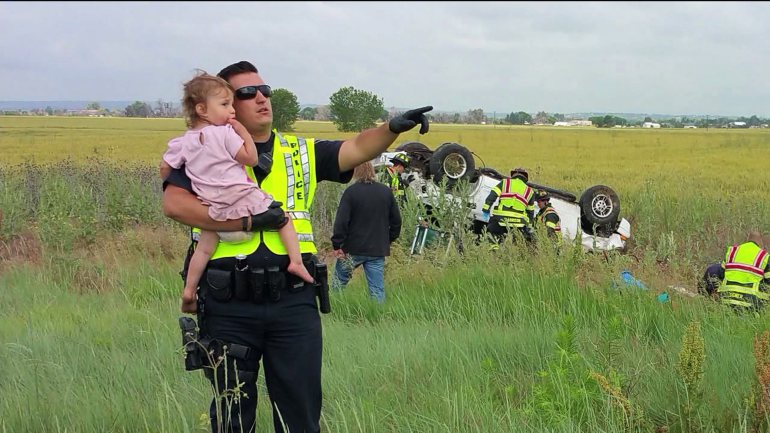 A Colorado family was driving along, when suddenly the driver lost control, and eventually crashed into the side of the rode. The driver and his wife were both killed in the accident, but their four children in the back injured, and scared.

Officer Nick Struck was one of the first on the scene, and was heartbroken at what he saw:

“When you hear that there’s children involved, I’ll tell you what, everyone that responds to that scene, you get that pit in your stomach. The first thing we do when we get on scene is we just try to, if we can comfort anybody, of course we’re going to go to the kids.”

“I have a 2-year-old daughter, and she’s my first kid. So of course, your first thought is that could be your little daughter,” Struck said. “And you better believe every one of those officers on scene would do the same thing.”

Stories like this show us that police officers are human beings too, and the things that they have to see and do each day affect them, just like they would any other person. The media doesn’t like to show the small acts of kindness from police officers that happen every day, but to the police out there: we see you. We appreciate you.