It doesn’t seem to matter how much danger a police officer may find himself in — the “black lives matter” crowd will still accuse them of racism. And the same thing is happening yet again, when cops were forced to shoot a man who was plotting to behead them. 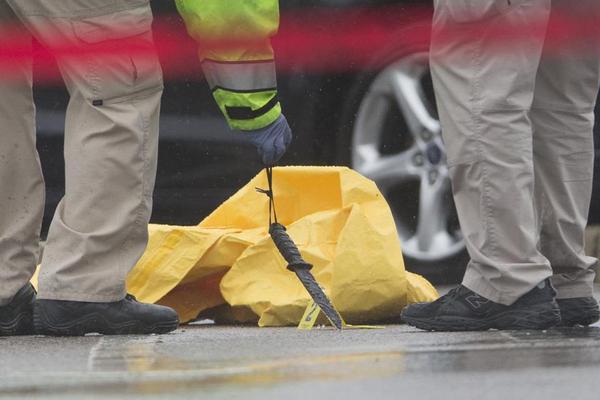 The terrorism suspect shot to death Tuesday in Boston after lunging at a cop and a federal agent with a “military style knife” was plotting with another man to behead a Boston police officer, the Boston Globe reported Wednesday.

Usaama Rahim, 26, a man authorities said was under round-the-clock surveillance, was shot and killed when the officer and agent confronted him, according to the Globe.

“He was someone we were watching for quite a time. The level of alarm brought us to question him today. I don’t think anybody expected the reaction we got out of him,” Boston Police Commissioner William Evans said Tuesday.

Wednesday police sources told the Boston Globe they had to act quickly.

“We believe the intent was to behead a police officer,” a source said. “We knew the plot had to be stopped. They were planning to take action Tuesday.”

Another police official told the Globe Boston police and the FBI and the Joint Terrorism Task Force knew of the plot because of information gathered while the suspects were under surveillance for the past several weeks.

Footage of the confrontation was caught on surveillance cameras and, according to police, shows the officers and FBI agents were approaching Rahim for questioning when he took out the knife and lunged towards them.

Evans said officers retreated and asked Rahim to drop the knife but he continued to come after them.

… Police officials said there were witnesses to the shooting that, accompanied with the surveillance footage, would corroborate their story.

But that didn’t stop the Black Lives Matter crowd and the usual “Islamophobia” suspects from making their groundless accusations.

It’s utterly ridiculous, these complaints and the Monday morning quarterbacking. It’s enough to make you wonder what it will take to make these morons happy — do cops need to allow themselves to be killed by violent thugs in order to satisfy the political correctness crowd?