Dallas Police Department has another problem, but crushes it on social media 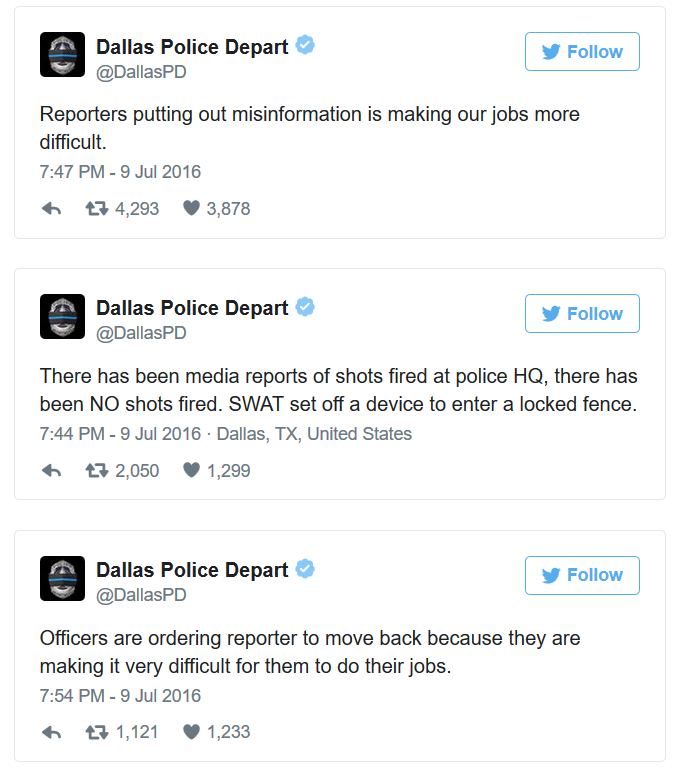 The beleaguered Dallas Police Department was hit with an anonymous threat Saturday evening as the department struggles to accept the deaths of four of its own at the hands of a black man sympathetic to the Black Lives Matter movement. Adding to the day’s challenges, they faced a report of a suspicious person in the parking garage at their headquarters.

Amid the heightened concern, the department turned to its very active Twitter account to chastise the media for “making our jobs more difficult.”

You can read and follow the Dallas Police Department[2] on Twitter. The reactions of the public support the police and of course there’s a few offbeat humorous replies in there as usual.