By now everyone has seen the video of the cop who arrested the nurse for refusing to allow him to draw the blood of an unconscious victim when he didn’t have a warrant. It quickly went viral, leaving lots of people angry and asking how something like this could have happened.

The second most asked question was “Where is this officer now?” Many demanded that he be fired, while others suggest that he merely be reprimanded and allowed to continue his work as an officer because nobody got injured or killed during the altercation. 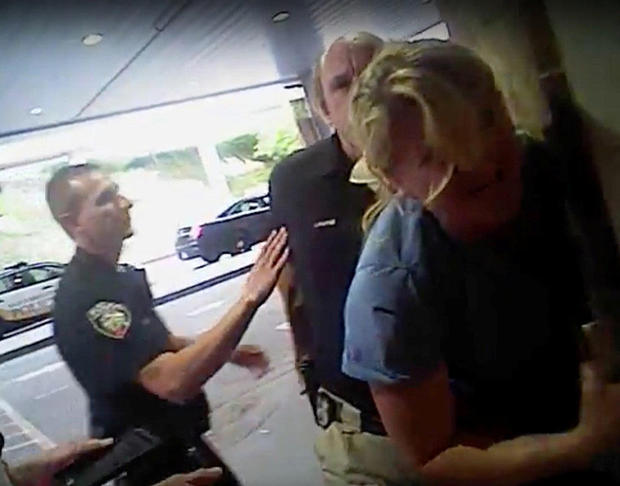 Well, it would appear that the officer has been fired from his part-time paramedic job after threatening to make Nurse Alex Wubbels’ job more difficult by bringing her transient patients and taking “good patients” to another facility for care.

As for his job on the force, which gave him the authority to detain Wubbels for simply doing her job and protecting the rights of her patient, he has been placed on paid leave until a final decision can be made. A second officer was also placed on leave, but his identity is currently unknown.

According to Moffitt, Payne had been with Gold Cross Ambulance since 1983, saying that the officer was a fantastic employee who followed the rules and was always conscientious, making his behavior on the video a surprise to everyone.

Perhaps Payne was having a bad day. Maybe the car chase got his blood pumping. Perhaps he was having some trouble at home and finally snapped after being told he couldn’t do what he had been ordered to do. Maybe there is a reason beyond, “This guy is an a**hole.”

If there is, it doesn’t matter. Everyone has bad days. Everyone has stress. When you’re a guy with a gun and a badge, people expect you to keep a level head and not just go about arresting people for not following your illegal demands. Maybe Payne really is a good guy whose one bad day in 30 years was caught on camera, but we can’t abide having a bad apple remain in the bunch because he’s a good guy 90% of the time. I’m all for mercy and I don’t think what he did was worth ruining his entire life, but for the sake of the police force and for the sake of the nurse who was wrongfully detained for doing her job, Payne needs to be fired from the police force as well.