I’m always heartened[1] when I hear of someone willing to risk their life to save another… especially when it is a police officer. In Detroit, Trooper Garry Guild was chasing down 21 year-old Michael Barber for stealing a motorcycle. Barber crashed the bike and then turned on Guild who was getting ready to arrest him. Barber attacked the officer and started beating and choking him. Another car stopped and a guy got out of it after throwing a beer at the officer. He proceeded to start beating and choking the officer as well. That man turned out to be 19 year-old Travis Wise, Barber’s brother.

Enter the Good Samaritan Keith Pepple.[2] He stopped right after the initial crash and was getting out to help the officer when the brother stopped his car and joined the fight. Without any thought for his own safety, Pepple went to the defense of Trooper Guild. Pepple, who is 50, said when he got to the scene, he threw Barber off the trooper. “Everybody went to the ground. I had Barber in a headlock. I looked back and Wise was still choking the officer. I grabbed Wise and put him in a headlock,” he said. 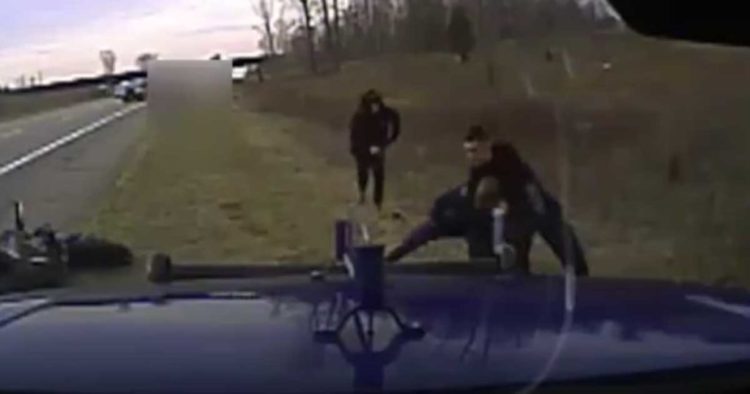 Dashcam footage showed how a Michigan State Police trooper was attacked while he was attempting to arrest a man for allegedly stealing a motorcycle.

The Detroit Free Press[4] reported that Trooper Garry Guild was pursuing 21-year-old Michael Barber on U.S.-31 in Berrien County, when Barber crashed the cycle. As Guild approached Barber to arrest him, Barber charged and started to fight.

Motorist Keith Pepple saw the scene and stopped to help. Before he could get out of his vehicle, another driver got out of his car and began to attack the trooper. According to the Free Press, that man — later identified as Barber’s brother, 19-year-old Travis Wise — was telling Barber to flee the scene.

But Barber stayed and the two brothers continued to attack and beat Guild. The trooper told the Free Press that he thought he might become another law enforcement officer killed[5] in the line of duty.

Pepple wasted no time getting to the scene to help Guild, as motorists have done[6] across the country.

“I guess everything happened so fast, you don’t really have time to think about it,” Pepple told the Free Press. “I just saw that he needed help. And I decided to help.”

A second motorist, Jerry Burnham, who is 44, came upon the scene and together they were able to help Guild break free and arrest the two younger men. That’s extreme bravery. Both men deserve a commendation for this. If they hadn’t happened along, that officer could very well have been killed right then and there.

Guild sustained a neck injury and a swollen jaw, but was back to work the next day, according to the Free Press. Barber was charged with assault by strangulation and third-degree fleeing and eluding. Wise’s charges included assault by strangulation, obstruction of justice and attempting to disarm a police officer. What about attempted murder?

Lt. Melinda Logan of the Michigan State Police said “if not for passersby, I don’t know what would have happened.” She said that “watching the (Guild’s dash camera) video, cars kept driving by. It took pretty special people to put themselves at risk.” The two brothers kept fighting the Trooper and the two Good Samaritans until other officers arrived. That was an incredible act of heroism by both men with a very happy ending. 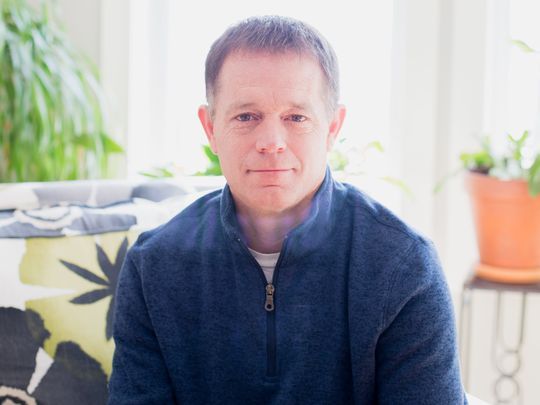 Good Samaritan Keith Pepple, poses for a portrait at his Plainwell home on Thursday, March 16, 2017. (Photo: Andraya Croft, Special to the Free Press) 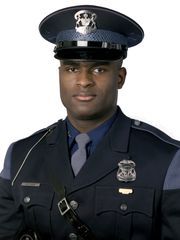