The Obama administration may be waging an all-out war on Christianity, but there are still some places in the United States that are willing to fight back. The Lumpkin County Sheriff’s Office has placed decals on the back of their patrol cars that will probably have liberals steaming mad. 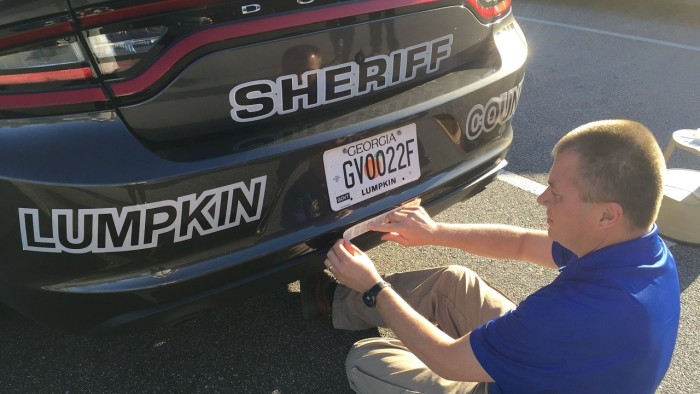 The Lumpkin County Sheriff’s Office is the latest law enforcement agency to place the national motto of the United States on the back of their patrol cars.

As of December 29th, 2015 all of the Lumpkin County Sheriff's Office patrol cars will bear the emblem "IN GOD WE TRUST" as a symbol of our beliefs and thankfulness.

The county joined dozens, if not hundreds, of other agencies around the country in placing “In God We Trust” on the back of patrol cars.

It’s nice to see something like this happen in today’s world. The question is, how long until liberal atheists start screeching about separation of church and state, and demand that they be removed?