A year ago, five Dallas police officers were murdered by a maniac driven by Black Lives Matter ideology. A Dallas Commissioner has spat on their grave:

As the one year anniversary of the ambush approached, the Dallas County Commission voted on a resolution to make July 7 a day to honor all fallen law enforcement officers. All commissioners voted “yes,” except for Commissioner John Wiley Price.

Price would not offer a coherent explanation, but based on his history, we can guess. The Commissioner is a moonbat, who once yelled at citizens at a Dallas County Commissioner’s Court meeting, “All of you are white. Go to hell!” He has denounced the phrases “black hole,” “devil’s food cake,” “angel’s food cake,” and “black sheep” as racist.

Earlier this year, a mistrial was declared, getting him off the hook for bribery and fraud. Price also appears to have stolen public property. 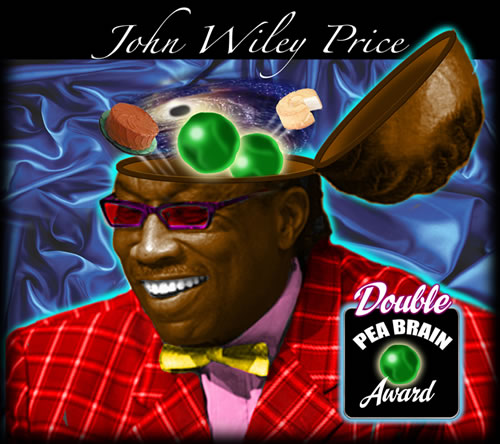 On a tip from Dragon’s Lair. Cross-posted at Moonbattery.