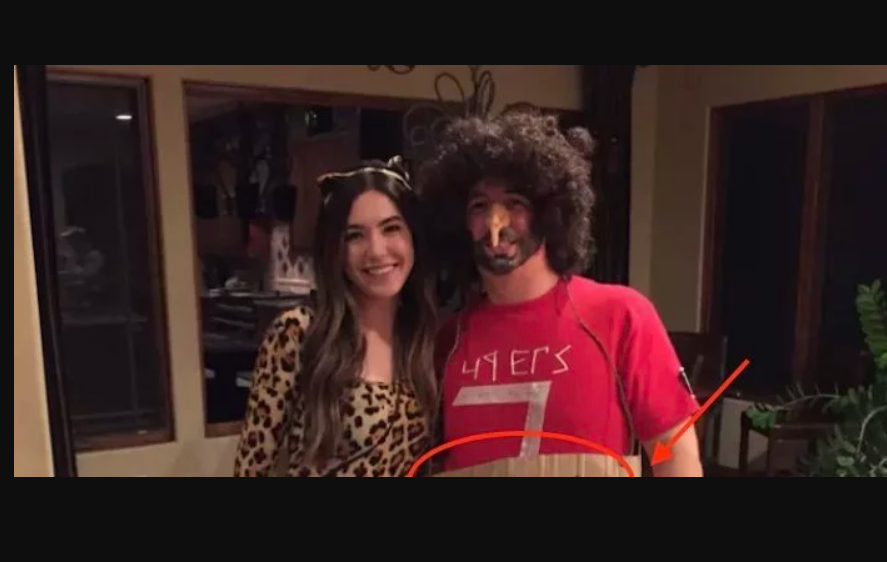 Officer Antonio Gutierrez posed for a photo with his date for the evening and once it circulated on Instagram, he started to get into a whole pile of trouble.

Officer Gutierrez, wearing a wig and a makeshift 49ers jersey, was dressed up as NFL ratings poison Colin Kaepernick. 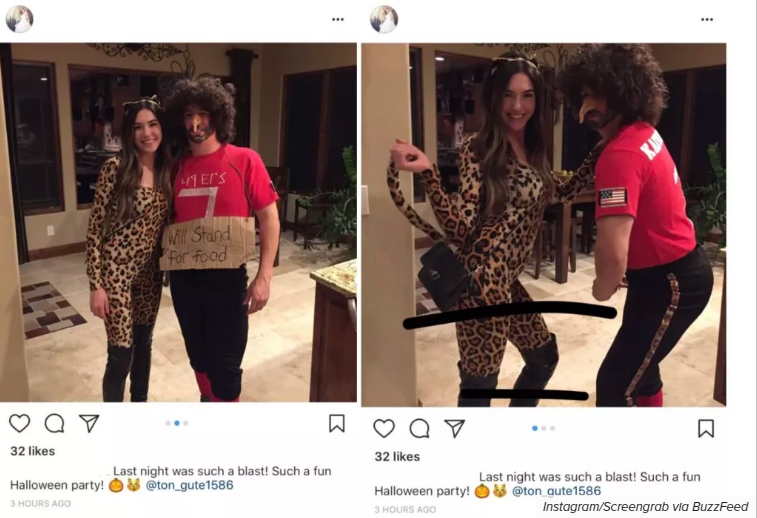 So far, he has been scolded by his boss, the Reno Police Chief, Adam Garcia, who released a statement about his Kaepernick costume.

“For those who have seen the Halloween costume of one of our officers apparently mocking a citizen who has chosen to take advantage of his constitutional right to protest, I offer my sincere apologies.”

For starters, it’s a Halloween costume and Kaepernick is big news, and — oh, forget it, you don’t care.

While Chief Garcia has said that Guiterrez would not be facing any sort of official discipline for his Halloween party snap, he still decided to give out a statement really pushing the narrative that no fun is allowed.

“Members of our profession are held to a higher standard and denigrating another — on or off duty — is insensitive for its lack of respect and lack understanding on how others may negatively view their actions and may be impacted.”

It’s just a costume, everyone can calm down. Kaepernick protests the cop, so a cop dresses up like him at a party.

The bigger issue for Kaepernick supporters should be the crash of ratings taking place at ESPN and Fox Sports happening almost exclusively because of his protest[3]. It’s not like he’s appearing in photos of himself drunk and high and robbing liquor stores. It’s just a costume and it’s the only time of the year that you are encouraged by society to push norms and turn things upside down.

Speaking as someone of Celtic descent and a straight line back to the Scottish Highlands, I’m already disgusted by Halloween. My fellow writer here at Right Wing News agrees that it’s awful, just awful that people who aren’t from Celtic stock should celebrate our holiday[4]. I can usually keep up that line for about two minutes before I admit I’m just so excited that people who have no relation to my culture are happy to participate in Halloween. Next to Christmas, Halloween is probably the favorite holiday of North American children and it’s lovely to know that they’ll be hearing about its ancient Celtic roots every year as they get dressed up to look for free candy.

I have to say, adding “free candy” to your culture is a great way to get people to get on board.