Police Send EPIC Message To Anti-Cop Beyonce – This Is BRILLIANT!

I think this is awesome.[1] Originally the police had threatened to boycott Beyonce’s performance in Tampa, Florida because of her Marxist, racist, cop-hating ways, but they didn’t. They would have been fired if they had. So, somebody (and my money is on a collection taken up by officers) has hired a plane to fly around and over Beyonce’s concert with a banner that says: “Blue Lives Matter.” Epic. Her #FormationWorldTour in Tampa got an eyeful. Personally, I would never go to a concert of hers, but I would definitely not go after her Formation cut showing how she really feels about police officers. She should be ashamed… but radicals never are. They are too full of hate and arrogance for that. 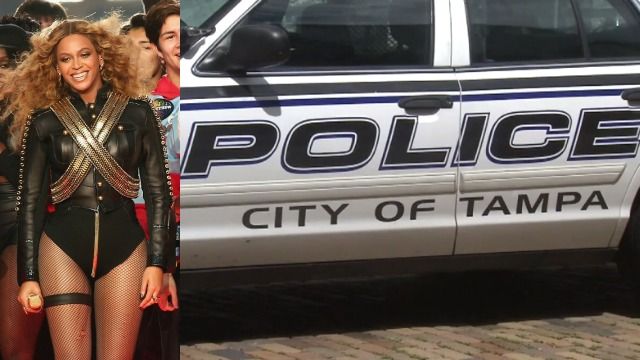 Beyonce got a message from above while on her “Formation” world tour in Tampa, Florida.

An airplane circled above RJ Stadium, where her concert was held, flying a banner that read “Blue Lives Matter.” 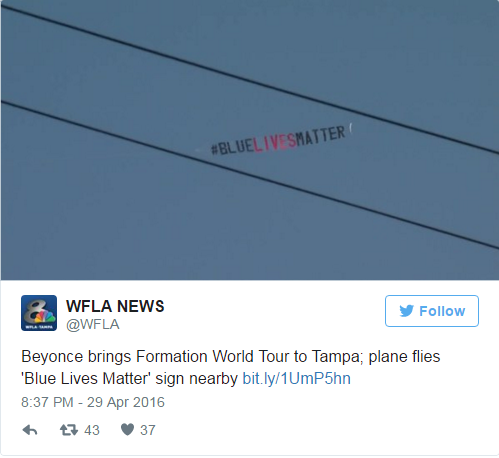 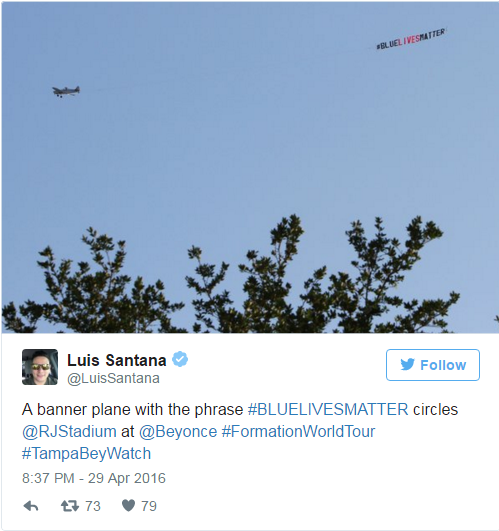 Police in Miami had threatened a boycott as well, which also didn’t happen. I can understand that, but I sure wish they had. Beyonce and her performers dressed up like the Black Panthers and did a formation in honor of Malcolm X, who was a leader for the black radicals at one time and went on to lead the Nation of Islam. It doesn’t get any more militant, violent or bigoted than that folks. So, as Beyonce does her thing that shows just how much she despises whites and cops, those same officers will protect her. Somehow it just doesn’t seem right. 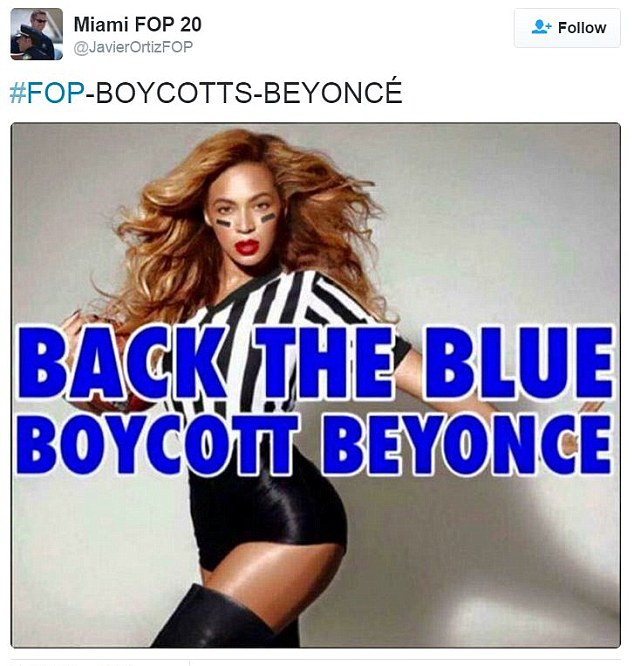