The disclaimer on this rap video[1] says it is not to promote violence. Let’s see… this is a black rapper with a white cop. During the course of the video, the cop is beaten, hung, stabbed, tortured and drowned. Nope… no violence there… AT ALL. This is one of the most violent, racist, cop-hating videos I’ve ever seen and that’s saying something. That clenched fist is common among the Black Panthers, Nation of Islam and other black radical groups. It stands for ‘black power’ and basically, death to whitey. It is sheer hate. So, excuse me if the disclaimer comes across as nothing but a lie to justify the vileness of this video. You should watch it… it is beyond disturbing. 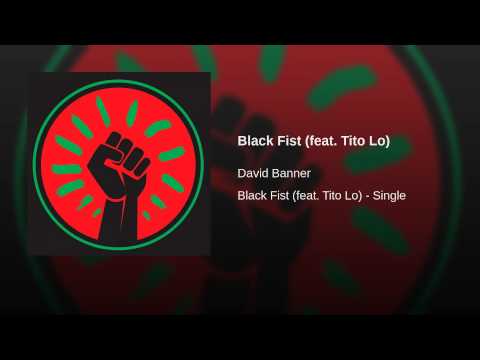 In what universe does this video NOT promote violence towards police officers? The song titled, “Black Fist,” a reference to the Black Panther Party and their well known symbol for ‘black power’ is nothing more than a race baiting anthem promoting more hatred.

According to Right Scoop[3]:

Some idiot rapper named David Banner is looking to make a dime out of inspiring hatred and violence in the black community, so he made a video showing a policeman being tortured and hanged. But don’t worry – he put a disclaimer up front saying he’s not advocating violence!!

The video shows a white cop grinning as he watches a television report of himself after he shot and killed a young black man. Then he’s kidnapped and hanged. Later in the video it shows him being tortured as well.

Nothing like torturing a white cop to add to the entertainment value of your video. This is despicable. This moron claims he’s not advocating violence, but in the same statement says black lives “won’t be taken lightly.” Sounds like a threat to me. When you lack enough talent to make big bucks, or if you want to make HUGE bucks, throw in sex and violence. In this case, killing cops sells. Not only is this a piece of trash, the music is crappy. It is nothing more than a racist, violent piece of political propaganda to encourage the kidnapping, torturing and murdering of cops. This is what our kids are seeing now and it is meant to rip this country apart. The guy thinks it’s funny. I’m not laughing. 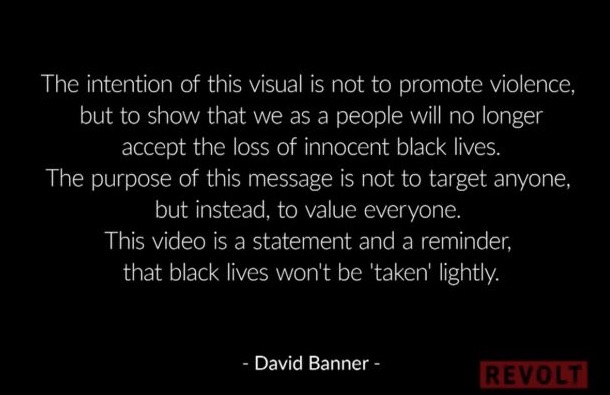 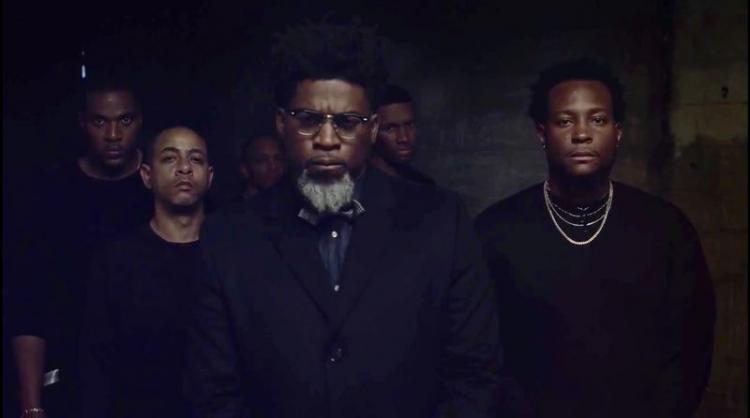