Sheriffs Have Had ENOUGH, Say We Should REBEL Against Obama

Is anyone willing to stand up to the Obama administration’s executive overreach? Some people are, including this group of sheriffs. 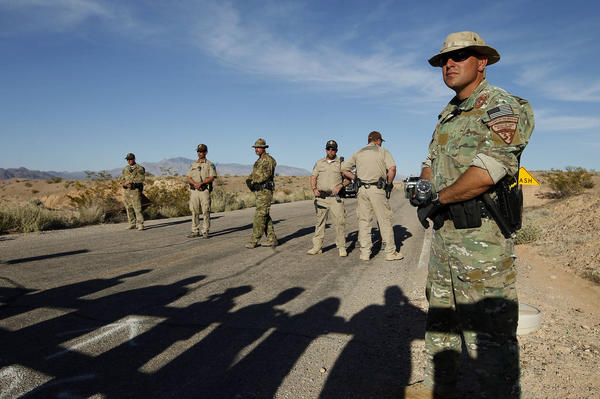 Local police chiefs and sheriffs are sworn to protect and serve and abide by the laws of their state. However, a group called the Constitutional Sheriffs and Peace Officers Association has spoken out for the U.S. Constitution.

According to the Center for Public Integrity, the organization has stated that “its ambition is to encourage law enforcement officers to defy laws they decide themselves are illegal.”

Group members are apparently sick and tired of the overreaching federal government in matters that concern guns, taxes and land management.

Founder Richard Mack recently described the federal government and its agents as “the greatest threat we face today” and vowed that his organization will be “the army to set our nation free.”

… Mack and his officers are calling for a rebellion, and while he stated that, “I have never advocated violence; I spent 20 years in law enforcement without ever beating up anybody,” he also understands that sometimes you have to take a stand.

“When you have no place else to go, when all the courts are against you, all the legislators are against you, where else do you go?” he asked. “I believe to the local county sheriff … and if that means standing against the federal government, then so damn be it.”

While the rhetoric will undoubtedly make some people happy, it seems doubtful that it will have much impact. After all, how many of the officers under these sheriffs are willing to defy federal law?