What a bunch of self entitled brats these ‘activists’ are. This is an absolute waste of time and police resources to babysit these fools and it deserved to be bulldozed into the dirt[1]: 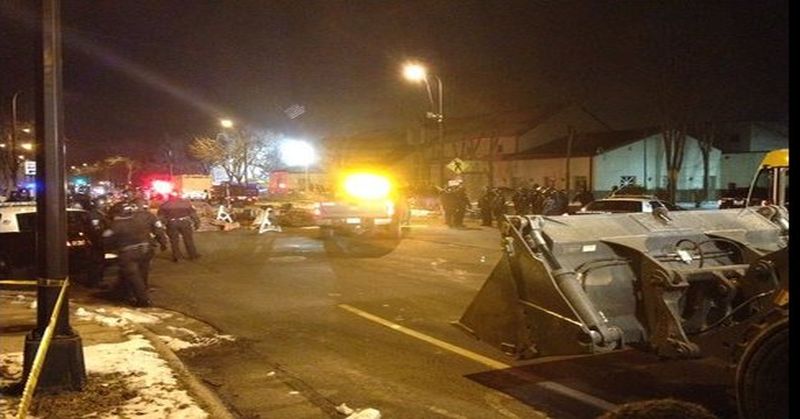 Occupy BLM folks have to find somewhere else to peddle their wares.

Police gave protesters, who had set up tents and were staying warm with fires, about 10 minutes to leave on their own before they moved in wearing riot gear.

Seven people were arrested on charges of obstruction of justice and one person was arrested on trespassing charges. No one was injured. Most of the people arrested have been released.

Thursday’s action was the result of a lot of planning and involved many agencies, Police Chief Janeé Harteau said. The timing of the action was planned for safety and availability.

“It was very strategic with those things in mind.” Harteau said. “Again, public safety is our No. 1 priority.”
Harteau said the police department has spent $750,000 on overtime through Wednesday dealing with the protest.

Mayor Betsy Hodges said the move was needed because it became clear after many conversations with protesters that they would not be moving voluntarily.

Should have gotten the heck out while you could have. All that crap you left behind should have been donated, and you guys don’t have the right to non-peaceful protest in a public park. Period.