People are very, very quick to scream about police brutality. So this video of a woman getting wrestled to the ground by police is sure to fan the flames… but should it? 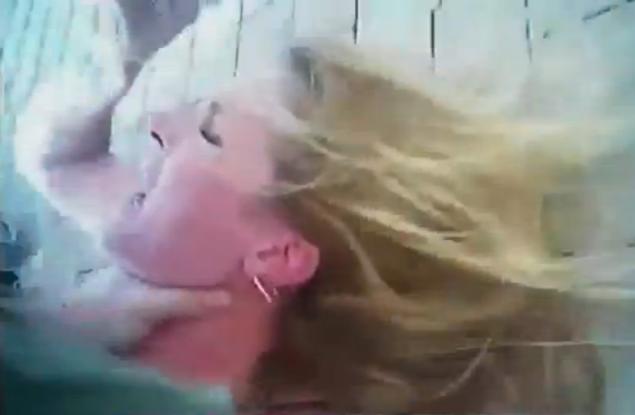 A police officer wrestled a woman to the ground and slammed her head before she was finally arrested for shoplifting.

Dramatic body cam video shows Tiffany Tebo getting flung towards a wall outside Bealls Department Store in Wesley Chapel, Florida, on Friday after authorities confronted her about stealing a pair of shoes.

At one point, the deputy’s hand can be seen around her neck, and the situation escalates, leading to Tebo bleeding severely from her head.

Speaking after the incident, Tebo, who had to get four staples put in her head, told WTSP: ‘I’m all bruised up and banged up everywhere. He didn’t need to do any of that.’

But Pasco County Sheriff Chris Nocco spoke on behalf of the unnamed deputy and defended his actions.

He told WTSP: ‘We’re trying to put handcuffs on her, she’s trying to fight. I know people will say she’s tiny but a lot of tiny people cause harm.’

… About two minutes into the confrontation, Tebo is covered in blood and the deputy finally gets her into handcuffs.

He calls an ambulance and tells her: ‘No, you don’t resist! You talk after. You don’t negotiate with me.’

As they wait for medical personnel to arrive, he walks over to his car and gets a towel to hold against her bloody head.

She is still crying, and the deputy can be heard saying: ‘Stay there, relax. I want you to get taken care of first. That was completely avoidable. You just had to listen to me. I wasn’t trying to be mean.’

The officer is right: that was completely avoidable, and it was also completely her fault. She resisted the officer at every turn, obviously was trying to get out of being responsible for her crime, and wouldn’t follow even the simplest instructions. And while a bloody head looks scary, anyone with kids knows that a scrape to the head can equal a lot of blood, even though the injury is extremely minor. Hopefully, this doesn’t turn into another person trying to pretend they’re some kind of victim of the evil police.