It takes a special kind of person to revel in the murders of two police officers, struck down while protecting their community. And Sierra McCurdy is just that kind of person… only, unfortunately for her, celebrating the murders on her Facebook page led to some very satisfying consequences. 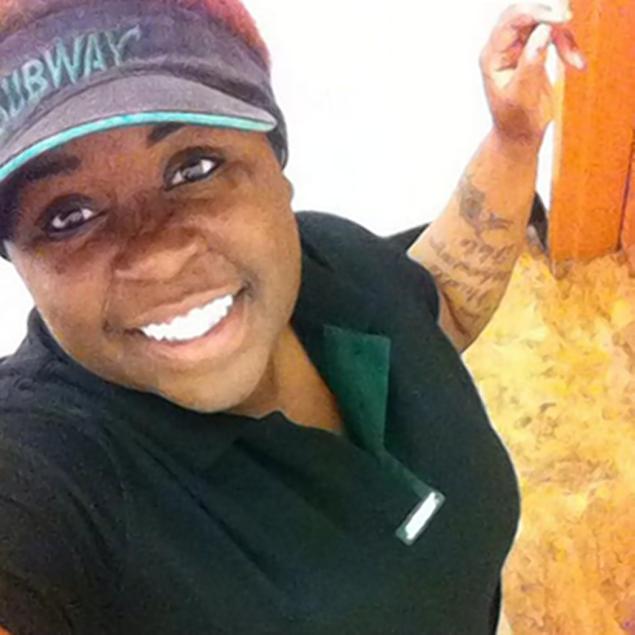 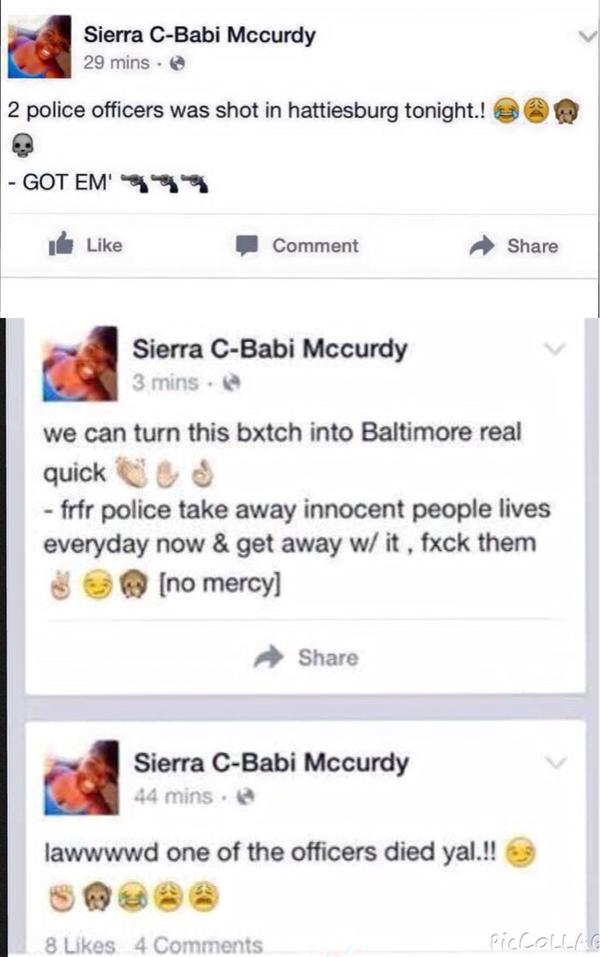 Unbelievable, and chilling, how any American can reach a mindset where the murder of a police officer is worthy of a high-five. This is the hateful crop the media and race-baiters have cultivated. And their mutant spawn is vile beyond words.

When the backlash against McCurdy came, as TRN reported, she deleted her posts, tried to change her name and privacy level of her Facebook account, but the Internet had found her, and contacted Subway to demand she be fired:

@SUBWAY A woman like this is who represents your company? Sierra McCurdy of Mississippi. #Hattiesburg pic.twitter.com/BU421BzhuX

The Subway manager who employed McCurdy told Top Right News he called McCurdy — and she absurdly tried to claim that her cellphone had been “stolen” and these messages posted without her knowledge.

McCurdy has since been fired, and rightly so. Message to all the morons out there: if you’re going to post vile messages on your social media page where the world can see them, and you’re too stupid to understand why that’s a bad idea, then you should probably at least make sure you change out of your employee uniform first. Just a tip.