The entire nation is talking about the latest “police brutality” video, which shows a white male officer removing a black student, who appeared belligerent, from her desk at school. The incident happened on Monday.

Other students in the class videoed the incident on their cell phones. The officer in question is Ben Fields. Many have accused fields of using excessive force to drag the teen out of her chair.

Those on the left are already crying racism. But Richard County Sheriff Leon Lott released a Facebook statement late on Tuesday that adds clarification to the incident.

Lott released a statement on Facebook later in the day and he spoke with media outlets, including CNN’s Jake Tapper, about the investigation.

“His actions after he put his hands on her disturb me,” Lott said about the officer. But he added that there is a third video taken from a different angle that shows the girl “striking and punching at the officer.” 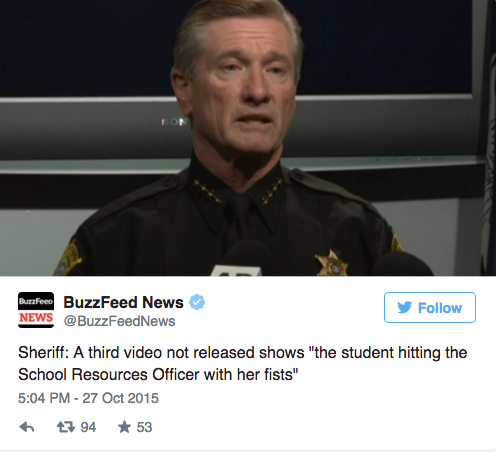 Eyewitnesses allegedly support the claim. The following is from a student who claimed to be in the class:

@HillaryClinton[2] from a student in the class.. pic.twitter.com/8yttIUvw9D[3]

But Democrat politicians don’t care much about facts. They have already determined the problem and are happy to lend a condescending sound bite to the situation. 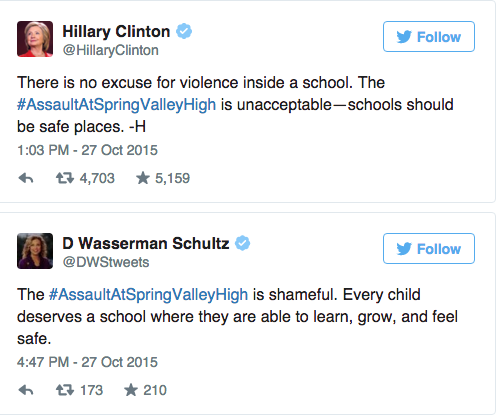 SHARE if you are sick of the left’s utter disregard for FACTS!