Well, actually…[1] he resigned before he could be canned, but it’s the same thing. Pastor Talbert Swan in Layton, Utah had a meme show up on his Facebook timeline that I have to admit is racist and just disgusting in my viewpoint. It depicts an Egyptian hieroglyphic that shows supposedly black slaves washing the genital areas of Egyptians. The meme underneath says: “WE WUZ KANGZ.” “NO. YOU WERE [CENSORED] WASHERS.” The censored part refers to male genitalia.

The pastor was incensed and followed back where it came from. It was posted by a police officer in Layton. Swan contacted the police and the NAACP. He’s the head of the local chapter there. When the police department found out about it, they tracked down the officer responsible and he admitted to posting it. He then proffered his resignation and said he realized what he did was wrong. 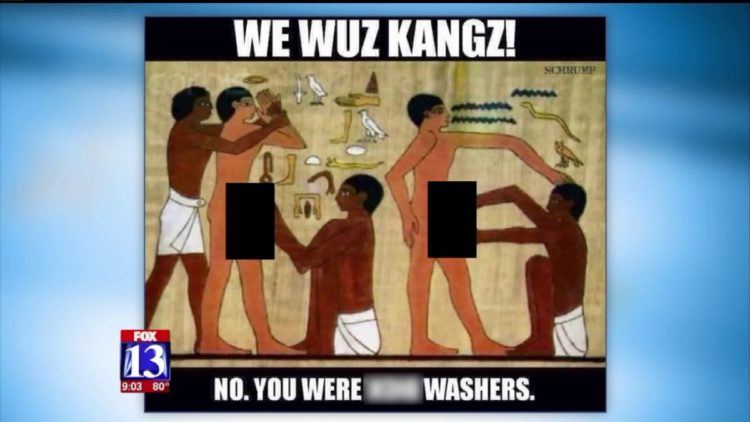 LAYTON, Utah — A Layton Police officer is out of a job after publicly posting what the NAACP is calling a racist meme on Facebook.

The meme showed up on Talbert Swan’s Facebook page on June 6. Swan is the chapter president for the NAACP in Greater Springfield, Massachusetts.

Swan, a pastor and bishop, said he found it so disturbing he felt it needed to be reported.

It shows a drawing that, according to research, comes from an ancient Egyptian depiction of circumcision. The picture is used out of context, Swan said, twisted with racist and derogatory language.

After clicking on the person’s profile, he said it became apparent that the person who posted the meme was a law enforcement officer in Utah.

“There’s no way in the world I could look at this reprehensible, despicable meme being placed in a very public way by a police officer, and do nothing about it,” he said.

A Layton police spokesman said the department was “embarrassed and sorry” over the incident. I bet they are. Police are just like anyone else… there are good and bad in the mix. At least the department handled this quickly as they should have. There’s just no excuse for doing this. That officer has freedom of speech, but he also works for the police, where they expect he won’t do things like that. It’s definitely unbecoming of an officer of the law.

Pastor Swan praised the Layton Police Department for its professional and quick action. “I applaud the Layton Police Department and the chief of police and the internal investigation unit for their professionalism and the seriousness of which they dealt with this matter,” Swan said. “I think the officer’s resignation is in the best interest of the public and the police department in that his actions obviously do not reflect the sentiments of the department for the expected behavior of their police officers,” Swan said. “I think public servants need to be cognizant of their behavior both on and off duty.” Swan, in a Facebook response to the post, said the meme was “racist, despicable, and unbecoming for any law enforcement officer to post on social media.” This is one time I find myself in agreement with the NAACP. 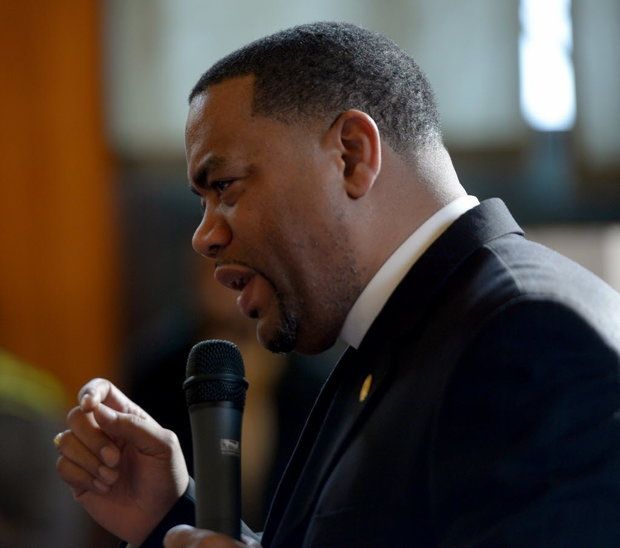