Cops have a difficult job already. I mean imagine putting on your work uniform, knowing you’re going to have to spend the next 8-12 hours working with the scum of the Earth and thinking that it could be the last time you ever see your family.

With the media and organizations like Black Lives Matter ratcheting up the anti-cop rhetoric, it’s never been more dangerous and unforgiving to be a LEO.

Now, it’s popular to lie about your interactions with police officers and try to get them in trouble both at their jobs and online. Unfortunately for the people who try to do this, not every cop is as stupid as you seem to think they are. 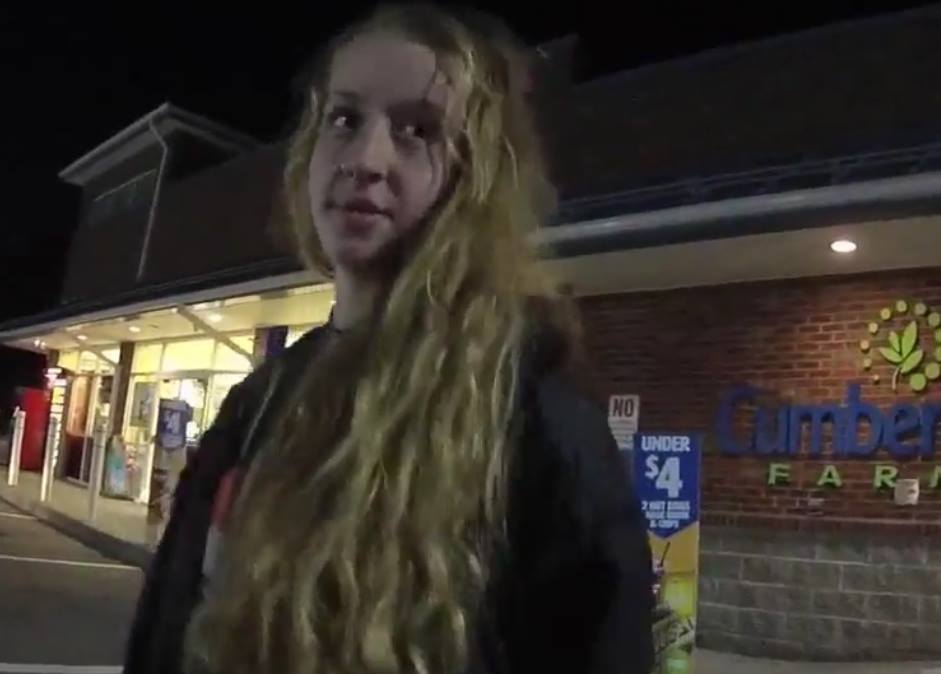 This lovely piece of human is 18 year-old Logan Huysman, who accused a Vermont police officer of sexually assaulting her after an altercation in which she was said to have been “belligerent” and “combative.”

The officer approached a vehicle with three women who appeared to be sleeping. According to the report, the vehicle was still running, smelled of alcohol and marijuana, and contained paraphernalia.

After a quick investigation, the cops decided to take the bong and let the girls go, but Huysman wasn’t about to let the opportunity to act like a crazed, rabid animal pass. She was soon placed under arrest for assaulting an officer.

When she got home, she took to Facebook to document her bruises and accuse the officer of sexual assault. 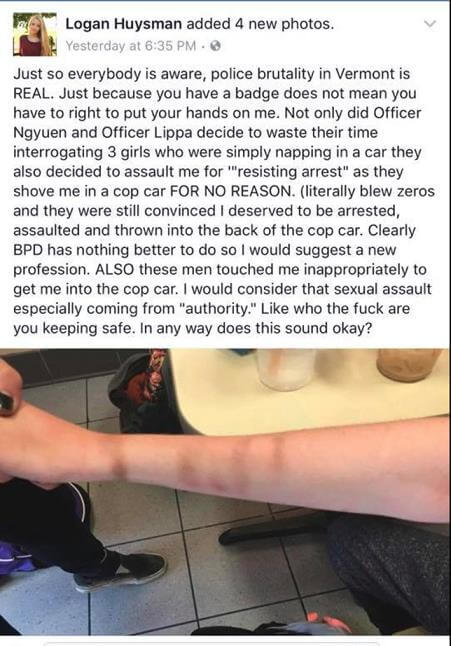 Unfortunately for this spoiled little [RETRACTED], the cop had his bodycam rolling for the entire 90-minute encounter. The relevant clip was released online so the public could see that she was lying.

I didn’t think so.