How stone stupid[1] do you have to be as a waitress to wait on police officers and let them know you hate them? If she didn’t like them, professionalism dictates that she keep her yap shut. When I was young, I worked as a waitress before and during college. I never voiced my opinions to customers. My job was to serve them and keep them happy and that is what I did. I made great money doing it. This moron felt the need to ‘express herself’ to these officers. What a dolt.

When the officers departed, they left a special tip for the waitress. On the ticket they wrote: ‘Support the Blue’. They also left her a $5 tip even though she’s a cop-hater. That’s class and more than she deserved. The waitress blatantly informed them she doesn’t like cops and they still left her a tip. If this doesn’t show who is good here and who isn’t, I don’t know what does. 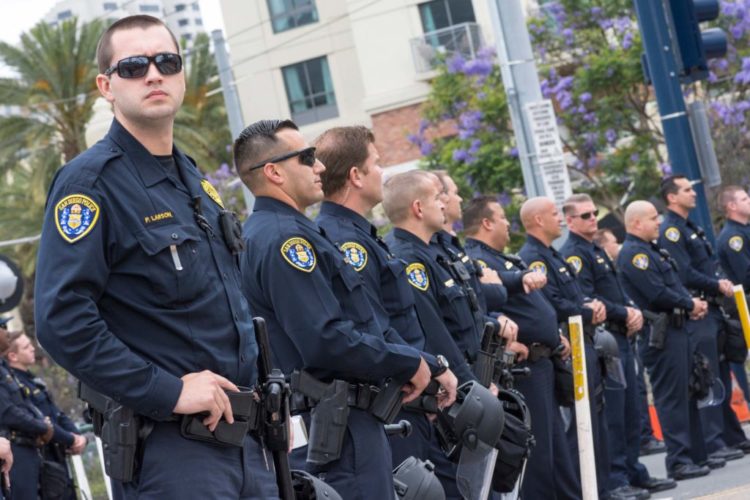 Here’s a little tip for wait staff regarding tips: Even if you’re prejudiced against a customer, it will pay you not to let them know that.

You would think that common sense would dictate that for most people. However, when it comes to liberals, common sense is so rare that if it were a woodland frog species, the federal government would be banning logging companies from operating in their habitat and environmental activists would be chaining themselves to trees demanding its preservation.

So, it’s in that spirit of diminished human capacity that I offer a bit of advice to a certain cop-hating waitress who’s recently gone viral. When serving cops, don’t tell them that you hate them. It’s that simple.

A Facebook user calling himself Officer Daniels[3] gave us an object lesson in why this is such a terrible idea:

Her rotten attitude didn’t produce the results she expected. She got a gut wrenching message and a tip. These officers would never stoop to her level… they could of easily stiffed her, but didn’t. She got an invaluable lesson in customers and police officers though. A pity that lesson doesn’t take when it comes to liberals and their hatred and biases.

On Facebook, the hate just flowed… “You make more than she does, a**wipe,” wrote Facebook user Brandi Gray. “And yet she still probably is less of a c*** than you.” Nice. That is who the left is folks and it isn’t pretty. Officers risk their lives for us every day and for what they do, they are incredibly underpaid. Waitresses make what they do for the service they provide as well… there’s no comparison. One risks their lives every time they go out… the other serves food. Do the math.

However, not everyone is as dense or hate-filled as Brandi Gray or the waitress… 40,000 likes and nearly 8,200 shares in just over 24 hours proves that. #BacktheBlue