Mel Brooks is a legend in comedy. I love his movies and always will. He’s now speaking out against political correctness and how it is causing the “death of comedy.” Brooks’ movies are incredibly politically incorrect… which makes them funny as heck. Who doesn’t adore “Blazing Saddles,” “Young Frankenstein” and “The Producers?” Brooks satirized racism and his comic genius is epic. Those movies couldn’t be made today because of the culture we now live in and it is a much sadder world because of that. No one has a sense of humor anymore. Other movies and shows by Brooks include “The Twelve Chairs,” “Silent Movie,” “High Anxiety,” “History of the World, Part I,” “Spaceballs” and “Robin Hood: Men in Tights.” And if you haven’t seen the series “Get Smart,” I feel sorry for you.

Mel Brooks says he can find humor in almost anything. I love that. But he warned this week that political correctness is strangling comedians and keeping them from being able to perform. Brooks says there is only a handful of subjects that he personally wouldn’t make fun of. Speaking on BBC Radio 4’s Today program, Brooks said: “We have become stupidly politically correct, which is the death of comedy. It’s not good for comedy,” he added. “Comedy has to walk a thin line, take risks. Comedy is the lecherous little elf whispering in the king’s ear, always telling the truth about human behavior.” Man, I wish I had said that. Just awesome. 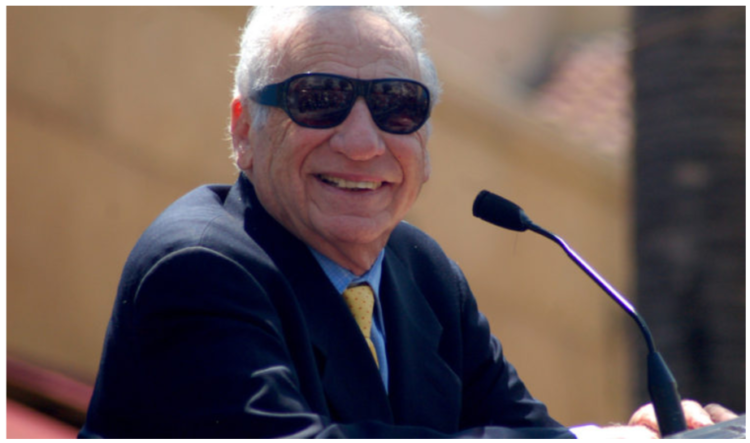 Over the last few years, I have seen a number of comics fall and they never rose again after making a politically incorrect faux pas. They get in hot water for the most innocent of jokes. If you kid about race or gender these days, they want to take you out and string you up. Look at poor Dave Chappelle who got dumped on by humorless journalists over his jokes about transgender people and Caitlyn Jenner. I thought he was incredibly funny. Jerry Seinfeld, the king of modern comedy, has also complained bitterly about political correctness and how it smothers humor.

Mel Brooks was asked what topics he considered out of bounds and he said he “personally would never touch gas chambers or the death of children or Jews at the hands of the Nazis. Everything else is OK.” I would add to that genocide, but you get his point here. Humor sets us free and keeps us alive. It is what makes it possible for us to get through life without wallowing in misery. If we lose comedy, we will live in a special kind of hell.

Brooks shot to fame with his creation of “The Producers” in 1967, which satirized Adolf Hitler in a fictional musical called “Springtime for Hitler,” which had a deliberately tasteless script featuring dancing stormtroopers. It’s seriously funny. And “Young Frankenstein” is one of those movies that makes you laugh until you are sick. I miss Gene Wilder. So does “Blazing Saddles.” I could go on and on, but “Spaceballs” and “Robin Hood: Men in Tights” are just comic genius. Laughter is good for the soul, y’all. Trust me on that one.

In his interview with BBC, Brooks said that there was no way the 1974 western parody “Blazing Saddles” could be made in today’s political climate due to its satirization of racism. The movie featured a black sheriff, played by Cleavon Little, in a racist town. You must see this movie and then smack a liberal. You’ll feel sooo much better. He explained that the racial prejudice portrayed in the movie, which was far from politically correct, is what gave it cultural significance. “Without that the movie would not have had nearly the significance, the force, the dynamism and the stakes that were contained in it,” Brooks said. Listen to Brooks… embrace humor and comedy and screw political correctness.