Steven Crowder deserves a lot of credit for this… 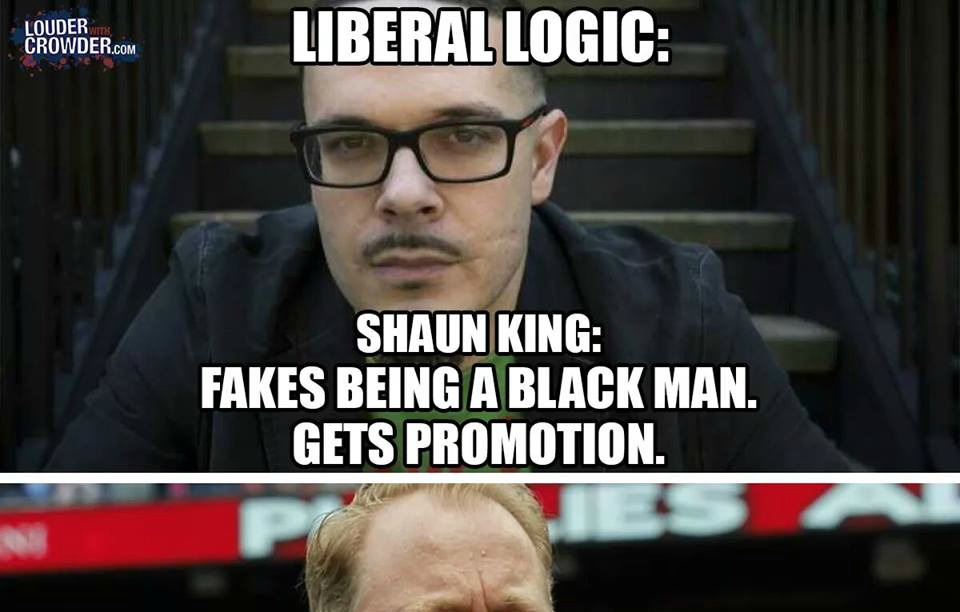 Who’s Shaun King? He’s the white guy who decided it would be easier to make his way as a black dude and put himself forth as one, Rachel Dolezal-style, as one of the “players” in the #BlackLivesMatter movement, and does everything he can to mug for cameras in that persona.

And he seems to be doing well for himself. Meanwhile the bottom half of Crowder’s meme… 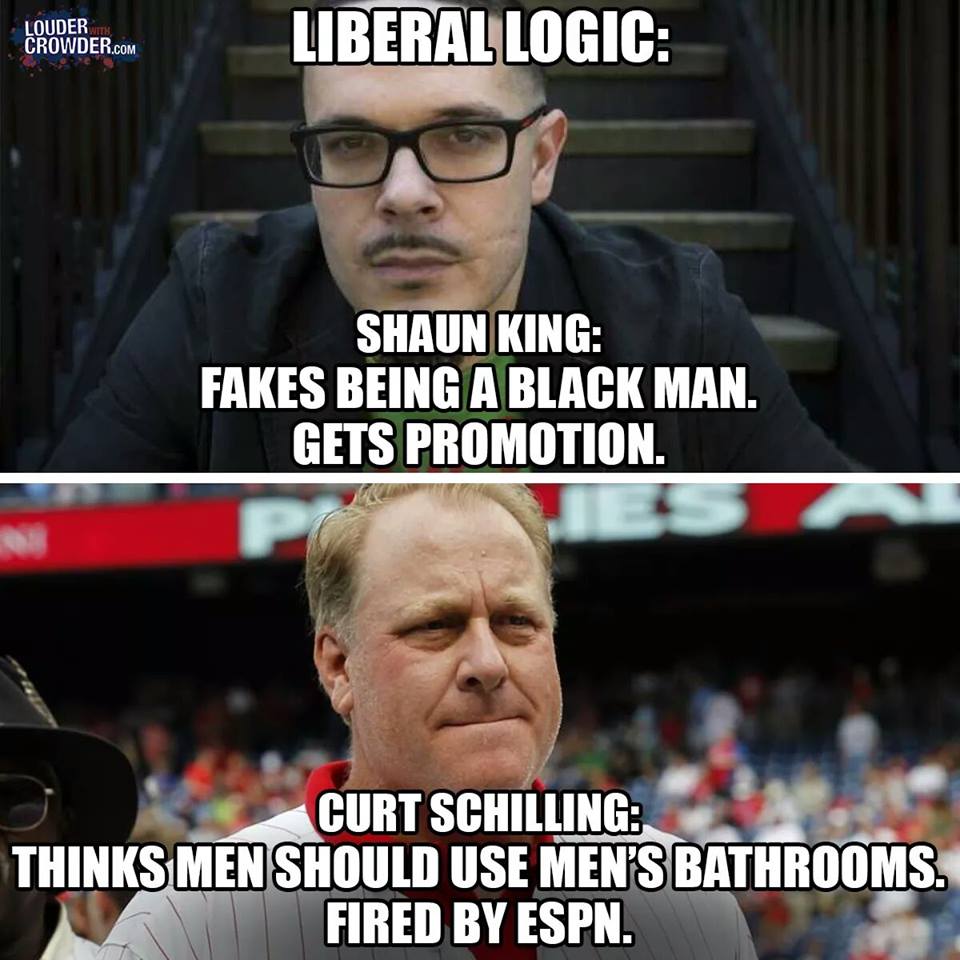 Yep. Schilling tweeted a meme not complimentary of the transgender bathroom crowd, which represents a microscopic percentage of the American people, and he’s now gone from ESPN’s baseball coverage.

At some point the American people will respond to the corporate politically-correct crowd responsible for results like this – ABC/Disney, which owns ESPN, is a notorious example. But until there is a definitive reaction to decisions like the one resulting in Schilling’s ouster, ESPN will continue to punish and persecute those of its on-air personalities with the courage to speak for ordinary and traditional American values.