We have already seen people run out of business by the thought police for culturally appropriating Mexican food. Now even permitting influences from other states in the union is forbidden:

A Hawaii-themed restaurant owner in Oregon was forced to close down following accusations of cultural appropriation.

Cloud Davidson opened The Hapuna Kahuna Tiki Bar & Kitchen on June 22. He was forced to shut it down just weeks later.

“I unintentionally made a mistake and I’m very sorry,” Davidson told The Corvallis Gazette-Times on Friday. …

“I’m very sympathetic to the issues that were brought up to me. And I’m not for a moment going to tell a person of color that they’re wrong for how they feel,” he said.

Of course not. Such insolence would constitute blasphemy.

The business owner claims he opened the restaurant because he spent much time in Hawaii in his youth visited family who lived there. “A lot of this has to do with family. That was a big part of my childhood.”

According him, however, locals of Polynesian ancestry and the Oregon State University Asian and Pacific Cultural Center criticized his newly-opened venue, pointing out how he used a Hawaiian name, displayed traditional iconography in a cartoonish way, and handed out Hawaiian leis to customers. 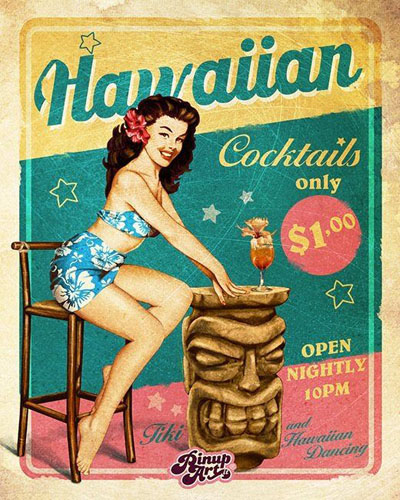 Cultural appropriation is no longer tolerated.

On a tip from Jester and Dragon’s Lair. Cross-posted at Moonbattery.