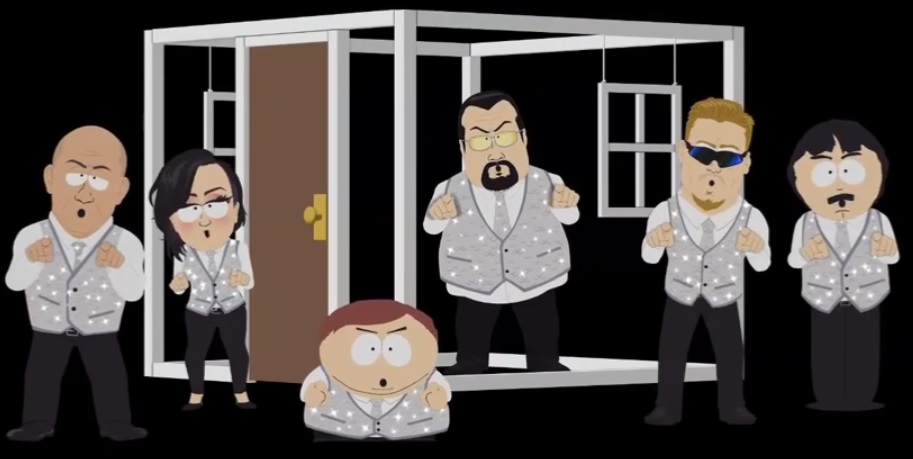 [2]Cartman claimed he was being “fat shamed” on social media for posting a picture of himself in his underwear, so PC Principal wanted one of the students to moderate his social media for him and only give him the positive comments. Everyone chose two weeks detention instead…except for poor Butters.

If the entire planet was nice, then the universal balance would be thrown so far off that a tsunami, earth quake, hurricane, volcano eruption, lightening storm, avalanche, Sharknado halts production, and the growth of Caitlyn Jenner’s second penis (on HIS forehead) would happen at the same exact same millisecond while Justin Bieber dyes his skin black to be the opposite Michael Jackson.

Exactly. No one wants that to happen. Except the last part, because that would be funny and Justin Bieber’s leaked photos present evidence that he’s black in the pants, so may as well go full monty.