Left Eats Its Own: Even Stephen King Denounced

You can’t get much moonbattier than zillionaire socialist Occupy Wall Street financer Stephen King. However, the rule now is that you must never have expressed any point of view that could be regarded as inconsistent with leftist ideology as it is defined at this very moment. Reach back far enough, and you can find thought crimes even in the past of an hardcore liberal like King. For example:

Stephen King’s forthcoming release of a film adaptation of his successful 1986 book “It” is under serious scrutiny from a university progressive who feels that the movie is both racist and misogynistic.

The College Fix on Monday reported that Regina Hansen, a scholar from Boston University, said that both King’s book and the upcoming release are a social issue, because the film’s protagonists are “white, straight, and able-bodied.”

Hansen, in an article published over the summer for Science Fiction Film and Television for Project MUSE, said that the “white male underdog characters” only have their heroic qualities “at least in part through the marginalization of female characters, black characters, gay characters, and characters with disabilities.”

There is no shortage of heroic and even deified black characters in King’s books. Mother Abigail in The Stand is the supernatural personification of goodness. Possibly his most famous novel is The Shining. Who rescues the white woman and her child from the deranged white villain? A black guy, of course.

But even a single positive white character who isn’t crippled or perverted would make King politically impure. If there are any statues of Stephen King, expect them to be defaced by vandals, then removed in the middle of the night by authorities. 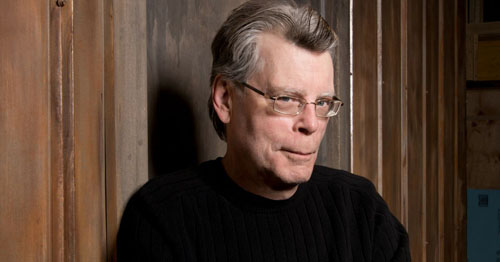 Under a totalitarian ideology, even true believers become thought criminals.

On a tip from Dan F. Cross-posted at Moonbattery.