Mexico City thought it would be a good idea to install a “penis seat” on the subway as a means of bringing attention to the number of women who experience sexual harassment on that particular method of transport.

Not everyone thought this was the greatest way to bring it to the attention of the public. 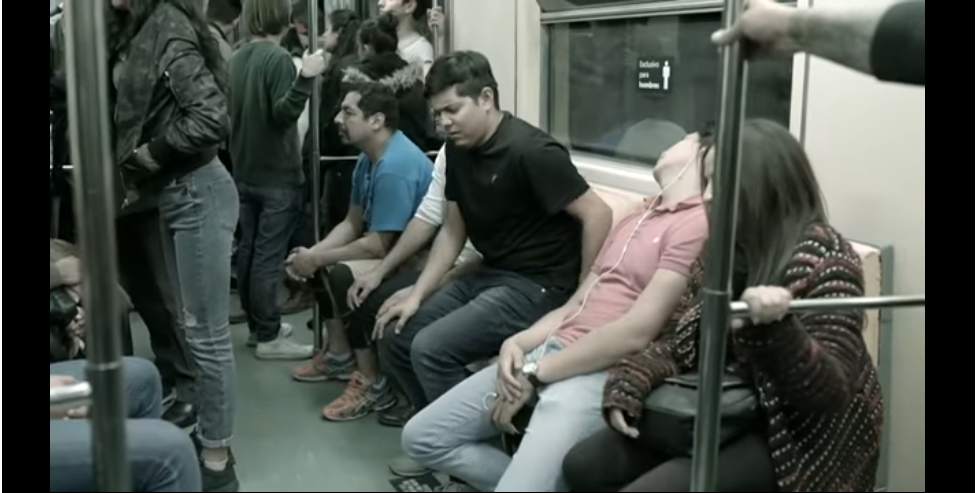 Mexico City has installed a “penis seat” on one of its busiest subway trains to draw attention to sexual harassment on public transportation.

A sign above the provocative seat featuring a protruding mold of a man’s torso and penis reads: “Exclusivo para hombres” … which translates to Exclusive for Men.

A second sign on the floor in front of the seat reads: “It is uncomfortable to sit here, but that is nothing compared to the sexual violence that women suffer on their daily journeys.”

The intent is for men who sit there to realize just how uncomfortable women are when accosted on public transportation.

Mexico City launched the campaign — #NoEsDeHombres — to bring more attention to an issue that is a growing problem there. The Mexican government says 65 percent of women in the capital have been sexually harassed on buses or trains, according to Fox News[3].

There’s an accompanying public relations video that documents the reactions of both male and female commuters as they encounter the “penis seat.”

Sexual harassment is no joke, but I think think this is putting it in the funny category, actually ridiculous. https://t.co/4mwLcnJfGx[5]

Sexual harassment is no joke, but I think think this is putting it in the funny category, actually ridiculous. https://t.co/4mwLcnJfGx[5]

This is TOTALLY going to end sexual harassment. https://t.co/NzCsTBPq8D[10]

“In order to generate change, you need to create empathy.” https://t.co/3ihyEXWpTB[12] #NoEsDeHombres[7]

“This is How Your Mom Gets Looked At Everyday” ❤️the #NoEsDeHombres[7] campaign. Glad I can’t read the YouTube comments https://t.co/oWpkGMwSnC[14]

#NoEsDeHombres[7] isn’t this sexual harassment of itself? I mean if a 4 or 5 year old kid got on and saw that, that’d be downright disgusting.

#NoEsDeHombres[7] apparently #mexicanas[17] has a larger issue than sexual harassment and this isn’t the answer. Gross.

Do you think that this is actually an effective way to bring attention to a very serious problem? Or are they simply making a joke out of sexual harassment?