It will be very bad news for non-whites if this gets traction:

A group of Native American and indigenous activists are lobbying the United Nations to outlaw “cultural appropriation” across the globe.

Critics of “cultural appropriation” believe that people should not adopt ideas, art, food, clothing, or other elements of cultures they do not belong to. Most recently, pop star Katy Perry apologized for appropriating African-American culture by wearing cornrows and eating watermelon in a music video.

Did blacks invent watermelon? No. But whites did invent virtually every aspect of modern life.

Put an end to cultural appropriation and only whites will be allowed to wear glasses, use forks, operate machinery, have glass windows, travel by any vehicle more sophisticated than a horse-drawn cart, or utilize plumbing, modern medicine, modern agriculture, central heat, air conditioning, refrigeration, radio, television, telephones, recorded music, air travel, communications satellites, computers, the Internet, electricity, the constitutional republican form of government, et cetera, et cetera. Non-whites will be forced to live in the world as it would be without whites: a wretched, tyrannical, backwards world. For once they really would be as oppressed as liberals say.

On Monday, University of Colorado Law School Dean James Anaya told the committee that the U.N. should “obligate states to create effective criminal and civil enforcement procedures to recognize and prevent the non-consensual taking and illegitimate possession, sale and export of traditional cultural expressions.”

Anaya appears to be a person of indigenousness. He had better hope his recommendations don’t go beyond the moronic posturing stage, or he could face criminal charges for speaking English and for working at a university. Both are products of European culture. 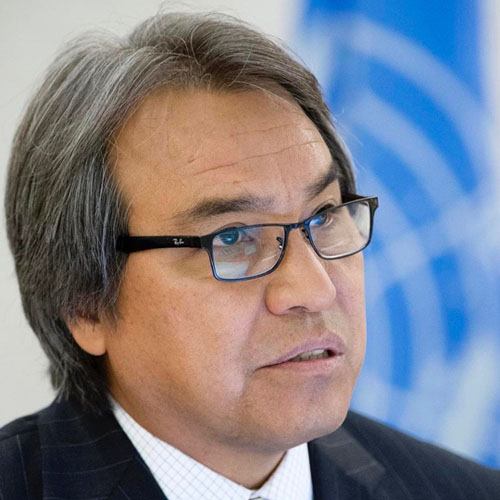 And take off those glasses, James. And stop being named James.