A Newspeak Dictionary update from Airstrip One:

Cambridge University examiners have been warned against using words such as “flair”, “brilliance” and “genius” when assessing students’ work because they are associated with men, an academic has revealed.

Lucy Delap, a lecturer in British History at the top-ranking institution, said History tutors are discouraged from using the terms because they “carry assumptions of gender inequality”.

She told The Telegraph: “Some of those words, in particular genius, have a very long intellectual history where it has long been associated with qualities culturally assumed to be male.

The formerly innocuous words are now triple forbidden, having been declared not only sexist, but classist and racist to boot. According to Ms. Delap, who specializes in gender history, Cambridge will

“really try and root out the unhelpful and very vague talk of ‘genius’, of ‘brilliance’, of ‘flair’ which carries assumptions of gender inequality and also of class and ethnicity.”

Anything that implies excellence aggravates inequality, and so obviously must be banned.

At this rate, it will be only a few years until social engineers have reduced us to a vocabulary so limited that it is impossible to express anything but liberal duckspeak. 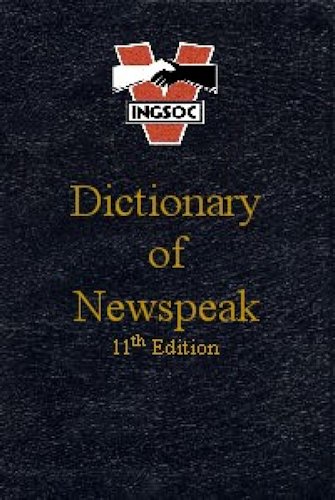 Future editions will be printed on postcards.

On tips from Torcer and J. Cross-posted at Moonbattery.