15) “I’m convinced Amy Schumer is a cybernetic organism sent from the future to convince women to die prideful, fat and alone.” — Steven Crowder[1] 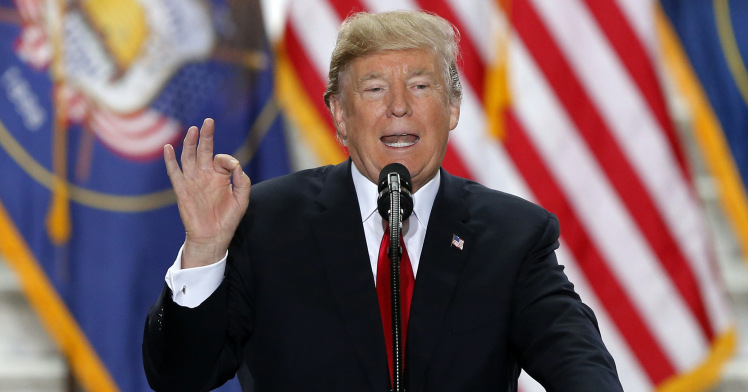 14) Conservativism forgot about the real world conservatives we expected to line up behind us. While we were talking about free trade, we were ignoring that GOP voter who fought in Fallujah, came home, got a job building air conditioners, raised a family, and then one day watched the video of the oh-so-sorry CEO – who looked remarkably like Mitt Romney, because all these guys look remarkably like Mitt Romney – sadly informing his beloved employees that their jobs were getting shipped to Oaxaca. And our response to the 58-year old Republican voter who asked us how he was going to keep paying for his mortgage and his kid in college? Pretty much, ‘Well, that’s how free enterprise works. Read some Milton Freidman and go learn coding.'” — Kurt Schlichter[3]

13) “Most Americans are raising their families, going to work, going to church, and trying to get by. They are not thinking about politics 24/7. The people who are thinking about politics 24/7 are the most white privileged of all privileged people, even if they aren’t white. They are taking advantage of a system that lets them protest, press grievances, and whine all the time over something that has not affected them in any way at all. I can’t think of anything more privileged than that. They don’t even have to work — they can professionally organize and march in the streets. Must be nice.” — Erick Erickson[4]

12) “Today’s Democrats talk about the Republican-leaning parts of the United States as though they were particularly unsympathetic Third World countries, populated by people who not only lost life’s lottery but deserved it. And Republicans disagree only with their conclusion, not with the facts of the case.” — Kevin Williamson[5]

10) “Historically, the place you went to exercise your speech rights was the public square. Now the equivalent is Twitter and YouTube and Facebook. In a practical matter, how much you can speak is not in the hands of the constitution but in the hands of these private companies.” — Dapne Keller[7]

9) “As far as the congressman and other irresponsible members of congress are concerned, they have the luxury of saying what they want as they do nothing and have almost no responsibility. They can call people liars but it would be inappropriate for me to say the same thing back at them. As my blessed mother used to say “empty barrels make the most noise.” — John Kelly[8]

8) “I was elected to represent the citizens of Pittsburgh, not Paris.” — Donald Trump[9]

7) “To me, it’s a sign of intellectual weakness. If you can’t ask Ann Coulter in a polite way questions which expose the weakness of her arguments, if all you can do is boo, or shut her down, or prevent her from coming, what does that tell the world? What are you afraid of? Her ideas? Ask her the hard questions. Confront her intellectually. Booing people down, or intimidating people, or shutting down events, I don’t think that that works in any way.” — Bernie Sanders[10]

6) “Disagreements become insults when politics becomes a statement about who you are.” — Jonah Goldberg[11]

5) “Liberalism is not very comfortable with forgiveness. In America today everything is permitted except those things which are absolutely unforgivable. The amount of scorn and cruelty we feel comfortable heaping upon those who depart even casually from whatever the latest defined norm might be is staggering.” — Matthew Walther[12]

4) “Wouldn’t you love to see one of these NFL owners, when somebody disrespects our flag, to say, ‘Get that son of a bitch off the field right now. He’s fired.'” — Donald Trump

2) “It’s tough to have a multicultural society with people who want you dead.” — Julie Borowski[14]