After reading a book on the nature of men, I saw a comment saying that “Roosh” also wrote some great material on the topic. It referred to a book of his called, The Best Of Roosh: Volume 1[1]. As it turned out, the book mostly seemed to be meta-level pick-up artist material with a heavy emphasis on picking up women overseas, which while entertaining, wasn’t why I bought the book. 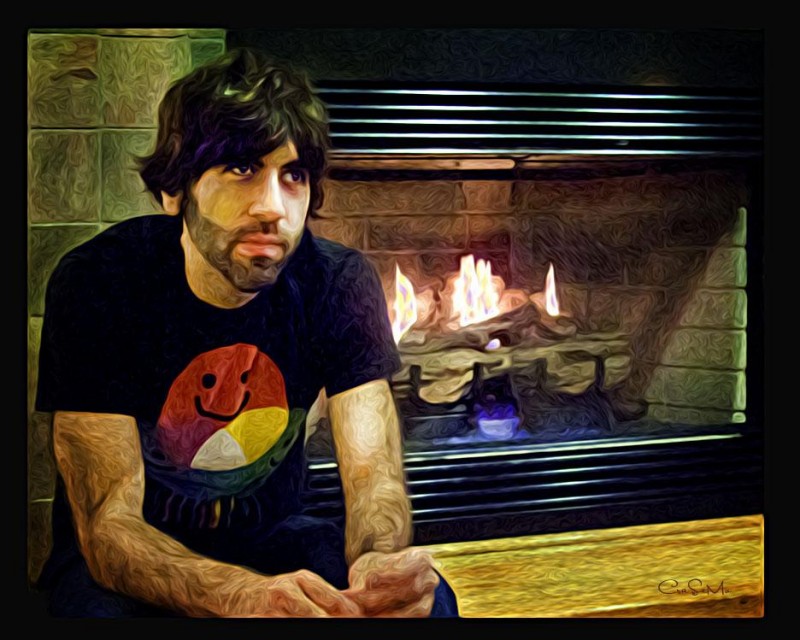 However, when Roosh did finally get down to talking about what is wrong with relationships and American women, he actually did have a lot of intriguing things to say. Yes, I did think he was a little too harsh at times, but he also had some great insights. For example, while I have often heard women in the United States claim that men have gotten less manly (and I can’t disagree with that), Roosh talked about how many women in America have become way too masculine.

On a subconscious level, I think I had already realized that, but the irony of it has kept me from fully grasping what was happening. After all, our culture, our schools and much of our lifestyle has become much more feminine in recent years and yet when it comes to relationships, women have become much more masculine in their attitude. Oftentimes, whether you’re dating a woman or just talking to a female friend, it almost feels like you have to crack through a hard, outer layer of masculinity to make her comfortable enough so she can show you the most attractive feminine parts of her personality. This doesn’t seem like it should be the normal state of things and yet….well, here’s Roosh. If you’re a man, tell me if this doesn’t strike a chord with you….

* Feminism has given women more money while taking away their biological need to have a family. Because a woman finds it naturally difficult to marry a man of lower means than herself, she simply remains single until death, with nothing but her cats to keep her company when she takes her last breath. Pushing faux equality has created a generation of impoverished men who make unsuitable husbands. Women are making more cash, men have more limited work options, and marriage is on the decline, threatening the very fabric of society. Great job, feminism.

* The Western culture has broken the women. A girl wakes up and she’s 30 and has no man and no hope for a man, yet she already passed on several who didn’t give her the tinglies or butterflies in her stomach or whatever the f*ck term she uses.

* Women will become more masculine until the word “woman” no longer has any meaning. They are losing the ability to act like women and maintain a household at a pace faster than even I could have imagined. The end game is an Androgynous World Order like what they have in Scandinavia, where there is no “girl” or “boy,” and any behavior that one gender can do is also acceptable by the other. Criticism against gender and race is not allowed. Conformity in thought must be maintained at all times.

Roosh on why modern relationships aren’t very appealing to a lot of men.

* (He’s speaking facetiously about how he sees a modern relationship) I will man up and find a wife on eHarmony. She’ll be my age, a handsome woman tired of being pumped and dumped, with a masculine sensibility that South American and Eastern European women don’t have. She will drastically shorten her hair six months after the wedding, and in spite of my disapproval, she will gain one pound a month until finally exploding like a whale for our first of two kids. She’ll never make the effort to lose the pregnancy weight, no matter how many subtle gym membership gifts I get her for Valentine’s Day, Mother’s Day, her birthday, and Christmas. She will lose interest in having sex with me. The most humiliating moment of my life will be when she tells me to pump her hand while she reads woman’s magazine. I will feel unattractive and unloved. Once the kids are in middle school, my wife will initiate divorce proceedings because “the feeling” is no longer there. The feeling was no longer there for me either, but I was willing to make it work for our children. Nonetheless, I will man up and let her take the property, the cars, and the kids. I will pay her steep child support payments that leave me on the edge of poverty. My kids will be brainwashed against me, and hate me for the rest of their lives. I’ll hate them too, but if I stop paying child support I will be sent to prison. With little fatherly influence in their lives, my son will become a little b*tch and my daughter a slut who loses her virginity at the age of 14.

* Instead of being enslaved by your husband, a man who is not perfect but provides for you and loves you, you want to be enslaved by the corporation you work for? You want to depend on a company that can fire you at will, that values profits above everything else, and that would commemorate your death with a three-line email mentioning how you were a pleasant and obedient worker? How important can your job—excuse me—your career really be if they can find your replacement in the time it takes to post an ad on Craigslist? It sounds like you’re trading loyalty of the most important man in your life for a faceless entity that has little stake in your happiness as a woman. I rather depend on my spouse for bread and shelter than a board of directors who identifies me as an expendable entry on an accounting spreadsheet instead of a human being with wants and dreams.

* Pushing papers in an office is accomplishing something? Let’s be real, no woman is going to win a Nobel Prize with her work as a human resource associate, middle manager, or government bureaucrat. If you owned your own business or ran a charity that fed starving kids, I’d agree that you were accomplishing something, but spending all your days in meetings, dealing with dumb office politics, and being a standard-issue wage slave sounds a lot less fulfilling than being able to pursue your interests while satisfying a man who takes good care of you.

* I don’t know any woman who would rather put up with rush hour traffic and a job that doesn’t move humanity forward than stay home and raise a good family. You’re telling me you rather work than be provided for and not have to worry about money? There are billions of women in the world right now who would think you’re insane for preferring to work in a padded cubicle box for forty hours a week. Unfortunately, you’ve been brainwashed to think that it’s a better idea to make shareholders rich through your labor than to dedicate yourself to family. Consider that this whole full employment movement for women is less than 100 hundred years old, a blink of the eye in the hundreds of thousands of years of human history. It’s one of the greatest tragedies committed to women of the world, and it will not be reversed.