It used to be common for children to stand for either the Pledge of Allegiance or the National Anthem in school. But it happens less and less frequently today and when it does, there are children who now refuse to participate — such as one 10 year-old, who swears that the National Anthem is racist. 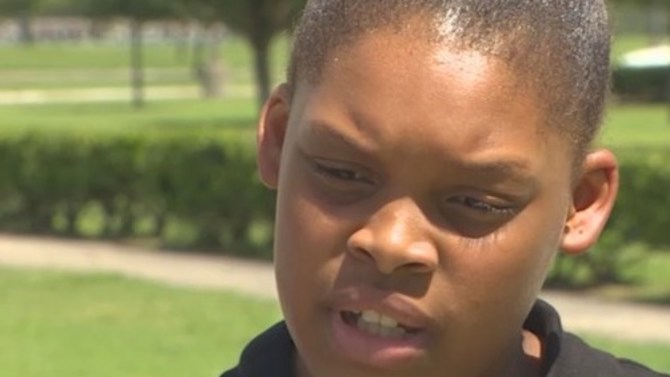 “And where is that band who so vauntingly swore/That the havoc of war and the battle’s confusion/A home and a Country should leave us no more?” the third verse reads. “Their blood has wash’d out their foul footstep’s pollution/No refuge could save the hireling and slave/From the terror of flight or the gloom of the grave/And the star-spangled banner in triumph doth wave/O’er the land of the free and the home of the brave.”

Madria said that she was inspired by Colin Kaepernick’s NFL protest, in which he refused to stand during the playing of the National Anthem before football games. Originally, Kaepernick remained seated, but after massive backlash, he began taking a knee instead, purportedly as a way to still be respectful while continuing to protest the supposed racism. Madria did the same at her school in Texas.

School officials were not impressed with her protest, however. “He told me you should respect my flag, and respect my nation, and you should stand up for this pledge,” Madria said of her coach. “He yelled at me. He sent me to the principal. The principal called my mother and called me disgusting for not standing up.”

Madria’s mother, however, came to her defense. 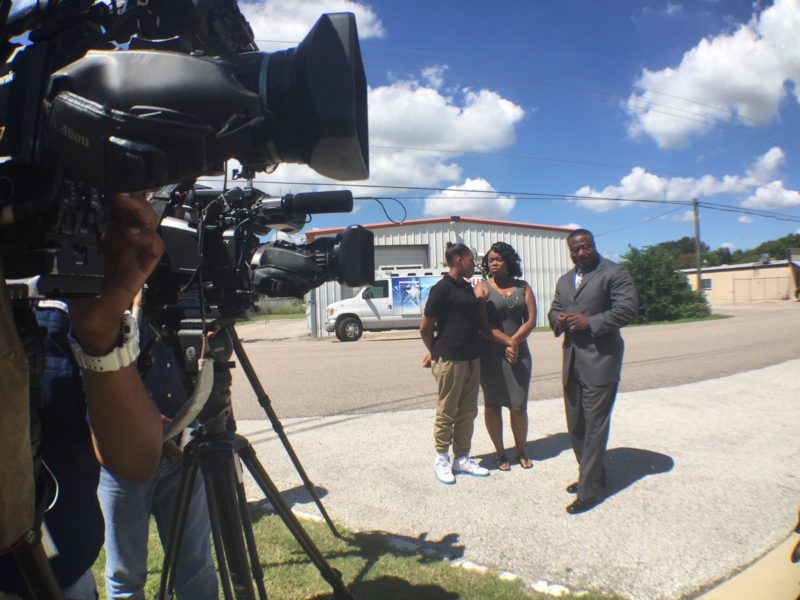 “I told her, ‘You’re not doing anything wrong. You’re standing for what you believe in.’ I support her 100 percent,” said Elizabeth Owens, Madria’s mother. Owens then reached out to Quannell X, a prominent African-American activist. “Why would we ask any African American child or citizen to stand up and honor a flag with an anthem written by a slave owner who promised nothing but turmoil to blacks to the grave?” he said.

But the school district was not swayed. Pearland Independent School District claims that Owens “initially told campus administrators that the child should stand as well”. They then released a statement on the controversy. 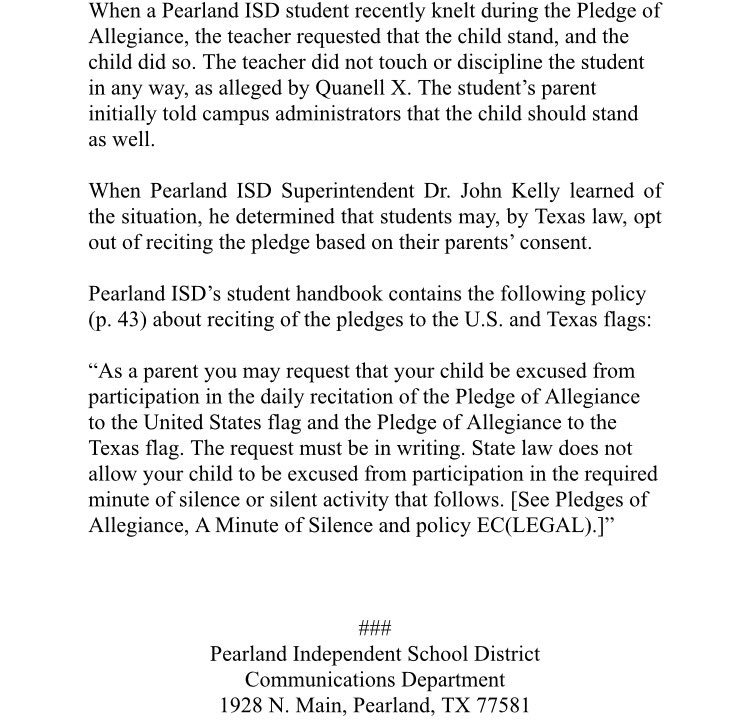 Owens now says that she will, indeed, request that Madria be allowed to opt out and still wants an apology from the school.

Do you think the National Anthem is racist?