Police officers put their lives on the line for us every single day — they should be able to walk into a restaurant without being made to feel unwelcome. But at Chipotle, an employee did just that, when he threw a group of NYPD cops the “hands up, don’t shoot” gesture, setting off a media firestorm and public relations nightmare for Chipotle. 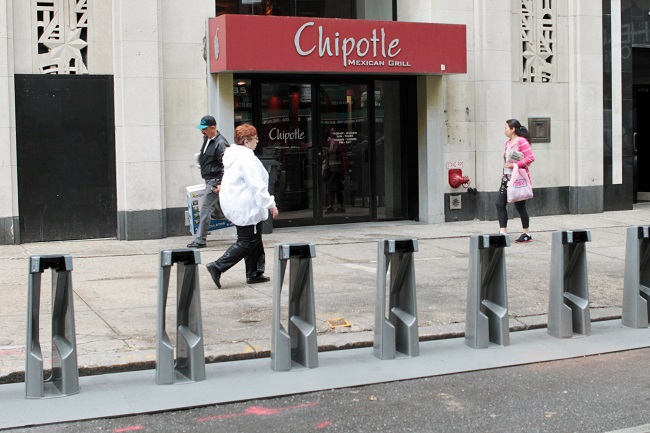 [email protected][2] isn't responsible for every idiotic thing an employee does, but they are for not firing the guy who refused #NYPD[3] service.

The Chipotle Mexican Grill chain is in a public relations nightmare from a story circulating on the Internet claiming New York city police officers were denied service at a Brooklyn restaurant by employees making the “hands up, don’t shoot” gesture.

The story turned out to have been exaggerated – only one employee was involved, and the officers walked out, they weren’t denied service.

But the chain issued a statement apologizing for it anyway.

“We work very hard to ensure that every customer in our restaurants feels welcome and is treated with respect. Clearly, the actions of this crew member undermined that effort,” the statement said. “Our investigation has shown that this appears to have been a spontaneous, unplanned action taken by an individual crew member and was not a coordinated effort by the staff of the restaurant.”

“In no way was the behavior of this crew member consistent with our culture and our values as a company. We have taken appropriate actions with regard to the crew member involved, but we are not at liberty to discuss the specific actions taken.”

While the people who are still perpetuating this “hands up, don’t shoot” anti-cop crap are wrong (obviously), they still have the right to be morons who can’t understand the concept of facts and evidence. However, there is such a thing called professionalism, which this employee clearly lacks — and while Chipotle issued an apology, it rings pretty hollow as long as that employee is still allowed to keep working there.