Colin Kaepernick may have destroyed his football career with his stunt last season, refusing to stand for the National Anthem. But he gained lots of points with social justice warriors and that appears to have paid off. Kaepernick, inexplicably, is getting his own exhibit at the Smithsonian[1]. 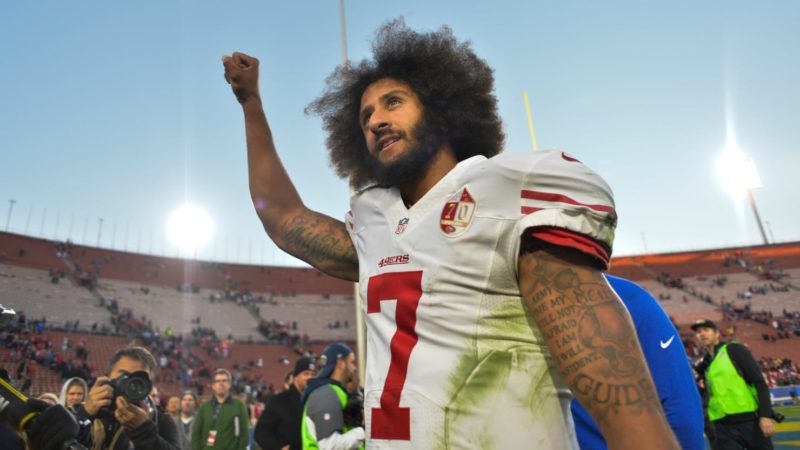 Curators at the National Museum of African American History and Culture on the National Mall announced that Kaepernick will be getting an exhibit, owing to the protest he kicked off last year. They have been requesting “artifacts” related to the protest, which took place during his time as a quarterback with the San Francisco 49ers.

“The National Museum of African American History and Culture has nearly 40,000 items in our collection,” Damion Thomas, the museum’s sports curator, said in an interview with USA Today. “The Colin Kaepernick collection is in line with the museum’s larger collecting efforts to document the varied areas of society that have been impacted by the Black Lives Matter movement.”

That may seem like a fair enough argument — positive or negative, Kaepernick’s protest (and the Black Lives Matter movement) have had a huge impact on the country. But still, people are calling foul and for a good reason. While Kaepernick is being honored with an exhibit, the first ever African American Supreme Court Justice, Clarence Thomas, is not. He’s only mentioned in connection with the sexual harassment allegations against him, made by Anita Thomas.

“The National Museum of African American History and Culture has plans to include the beloved D.C. newsman Jim Vance in its exhibitions — but there’s still no room for U.S. Supreme Court Justice Clarence Thomas,” the Washington Times reported. “The Smithsonian Institution previously said the absence of Justice Thomas, the second black man to sit upon the highest court in the land, could not be rectified because exhibition content is determined by ‘themes, not individuals’.”

Do you think Kaepernick belongs in the museum, while Thomas is ignored?