Cities across the country have been removing Confederate monuments, but for the most part, it’s been limited to cities on the east coast. But those monuments aren’t just located in the south or the east — even liberal Hollywood has their own monuments. But after receiving threats, one Hollywood cemetery has taken their Confederate memorial down[1]. 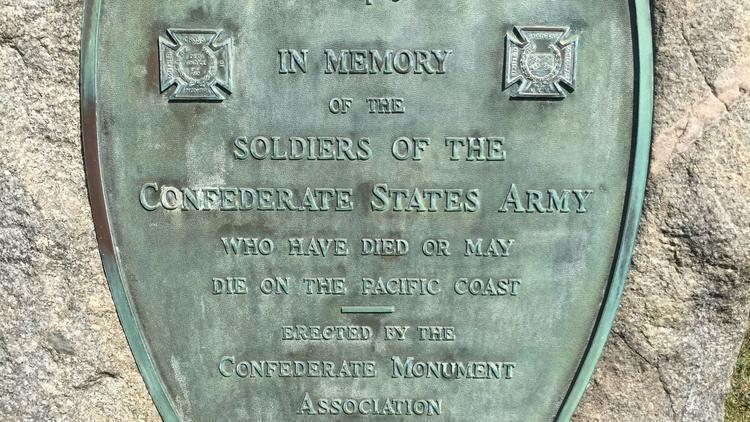 The Hollywood Forever cemetery has had a six-foot Confederate memorial standing since 1925, marking the area where over 30 Confederate veterans and their families are buried. But after the Charlottesville, Virginia violence, the cemetery has been inundated with calls and e-mails demanding that the memorial be taken down.

The cemetery reached out to the owners of the memorial, the Long Beach chapter of the United Daughters of the Confederacy, who agreed to take it down. Before that, the cemetery had received as many as 60 calls a day, with a Change.org petition garnering over 1,300 signatures. Tuesday, the memorial was vandalized.

Most Americans didn’t know the memorial existed until the Los Angeles Times ran an op-ed titled, “Los Angeles has a Confederate memorial problem.” But the article actually argued for the memorial to remain, as a way of reminding California liberals not to be too sanctimonious. “This western memorial, however, will likely endure — as well it should. It serves as a needed corrective to a self-congratulatory strain in the stories Californians tell about themselves,” the article read.

Activists are also trying to prevent a new HBO series from airing. The show, from the creators of “Game of Thrones,” would imagine what the United States would be like had the Confederacy won the Civil War. It appeared that the series would clearly view such a result as negative, but it didn’t seem to matter — people still wanted the show cancelled.

It seems that some will not be satisfied until every vestige of the Confederacy is erased from the country.