Irony: Paid Protesters in Ferguson are Now Protesting Not Getting Paid

Liberals have a long history of bussing in hired protesters, because without paying people, their protests would flounder and die almost immediately. That was evidently the case in Ferguson, protesters were brought in and promised payment for protesting — except now the protesters are protesting because they’re not getting paid! 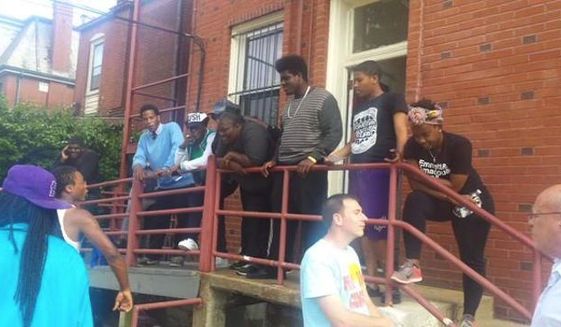 Hired protesters with the Black Lives Matter movement have started a #CutTheCheck hashtag and held a sit-in at the offices for the successor group to the Association of Community Organizations for Reform Now (ACORN) in Missouri after the group allegedly stopped paying them.

FrontPage Magazine reports that Missourians Organizing for Reform and Empowerment (MORE) has been paying protesters $5,000 a month to demonstrate in Ferguson. Last week, hired protesters who haven’t been paid held a sit-in at MORE’s offices and posted a demand letter online.

MORE is the re-branded Missouri branch of ACORN, which filed for bankruptcy in late 2010, FrontPage reported. MORE and other groups supporting the Black Lives Matter movement have received millions of dollars from billionaire financier George Soros.

The group Millennial Activists United posted a letter on their blog demanding MORE “cut the checks” to demonstrators.

Maybe instead of paying protesters, they could instead put that money towards rebuilding the city that the “protesters” destroyed. And will this finally be what makes the “Black Lives Matter” crowd realize they’re being used? Sadly, probably not… but we can hope.