Wow… talk about race hustling and delusional. Jihad-loving Linda Sarsour is the complete package. Sarsour makes a great politician. She sheds her skin with almost no effort and shifts with the wind when called for. She’s a consummate liar and deceiver. In the beginning, Sarsour claimed she was white when it suited her political agenda. “When I wasn’t wearing hijab I was just some ordinary white girl.” Presto-chango! Now, she’s black: “At the end of the day it’s self-identification. I’m Palestinian, if I want to say ‘I’m Black,’ – I’m Black!”

Evidently, reality is malleable and ever-changing with this radical Islamist. You see the left do this all the time where “self-identification” trumps biological reality or the truth about one’s ancestry. It’s confusing and deeply disturbing. The left thinks that if you identify with an oppressed group, you can adopt their experiences. The hypocrisy is thick and subjective here… remember the Mexican restaurant owners who were hounded out of existence because of cultural appropriation? That’s happened with numerous businesses now. So, you can only identify with color or culture if you are pre-approved and accepted it would seem. Identity politics is not inclusive or diverse after all. 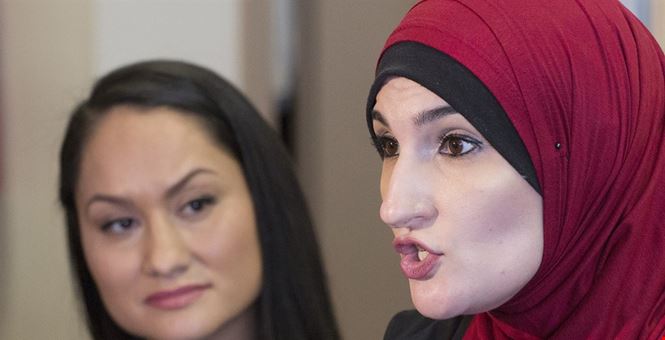 As the Daily Wire asked, “If Sarsour can climb the ladder of political power by being all things to all people, does truth matter anymore?” Nope. It’s not just dying, it’s dead and gone these days. We live in a brave, new form of creative reality, but one where only those who are the anointed ones can be part of that changing landscape. Those who believe in facts, biology, science or actual God-given rights, need not apply. They are labeled as heretics and racists. Terms whose definition are as changing and shifting as identity politics itself.

Sarsour looks white to me. Some facts about her… She is a Palestinian-American political activist and a former executive director of the Arab American Association of New York. She was one of the organizers of the 2017 Women’s March and she has relatives in Palestine who have killed Jews in terrorist attacks. However, she was born in Brooklyn. She was married in an arranged marriage to another Palestinian. Sarsour was instrumental in organizing Muslims in becoming part of Black Lives Matter. She supported Bernie Sanders in the last presidential race as well.

Sarsour supports Hamas and her family is involved with them. She is also an anti-Semite. She’s a terrorist-supporting, Jihad-loving, radical Islamist and she’s dangerous. As far as I’m concerned, I don’t care if she’s purple. She’s a racist and a militant Muslim. She uses identity politics as a weapon. The left has trained her well.

Linda Sarsour does it again. "At the end of the day it's self-identification. I'm Palestinian, if I want to say 'I'm Black,' – I'm Black!" pic.twitter.com/zKrxGhIXnk[2]

"When I wasn't wearing hijab I was just some ordinary white girl." – @lsarsour[4] pic.twitter.com/imFY0jvfLV[5] 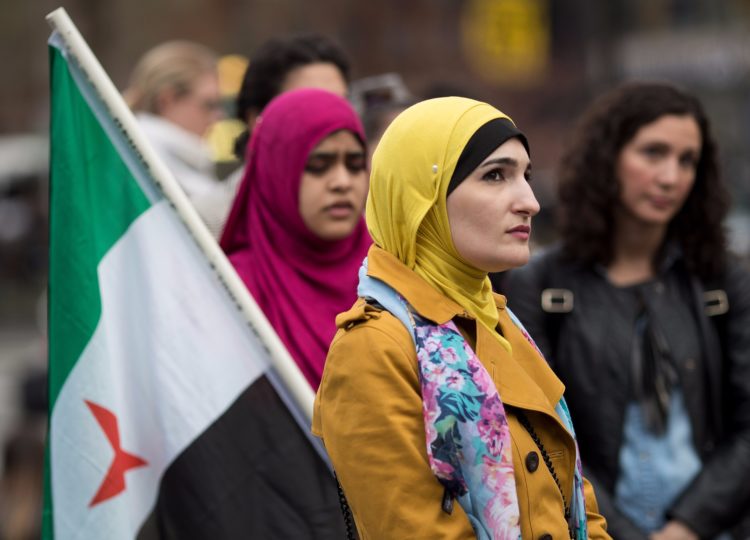