Another day, another phony race baiter trying to pretend that they’re a victim because there were legitimate consequences to their actions. In this case, a black lesbian hit her neighbor in the face and called her neighbors racist after she got complaints about her dogs barking all night. 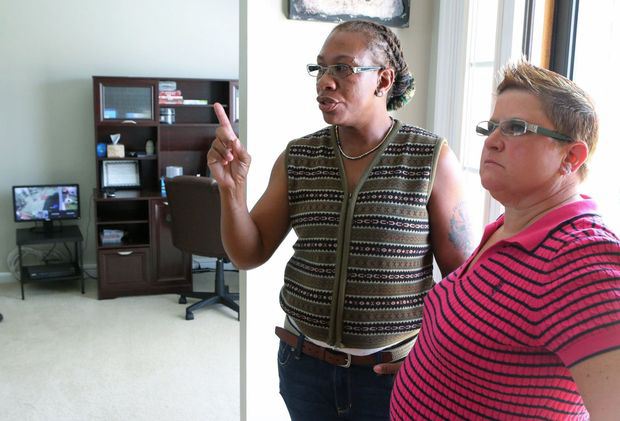 Maritha Hunter-Butler moved into her home with her lesbian partner, three sons and four dogs on Glen Brook Court in St. Charles County in May. The neighborhood is white and the Hunter-Butler family is the only black family on the street.

Since they moved in police have been called to the house 15 times in three months.

Maritha’s four dogs bark all day and all night.

When one neighbor confronted her about the dogs Maritha smacked her in the face.

In 2005 ago Hunter-Butler tried to hire a hitman to off her ex-husband.

Her son recorded this conversation recently when two neighbors complained to them about their four dogs barking at 1, 2, and 3 in the morning.

The family used LOUD SPEAKERS to chant at their neighbors from their deck.

The family threatens to bring more Black Lives Matter protesters to the neighborhood.

Another woman said she left the area because of racism.

Because obviously wanting to be able to sleep at night without being disturbed by dogs barking all night is, like, totally racist. Apparently, those evil white racists didn’t get the message that black people are allowed to do whatever they want without anyone being bothered by it, ever.