The prosecutor laid out a mountain of evidence explaining why there would be no indictment for Officer Darren Wilson, but the riots and looting continued anyway. And why? Because, as Rep. Eleanor Holmes Norton so helpfully explained, the facts in the case don’t matter. 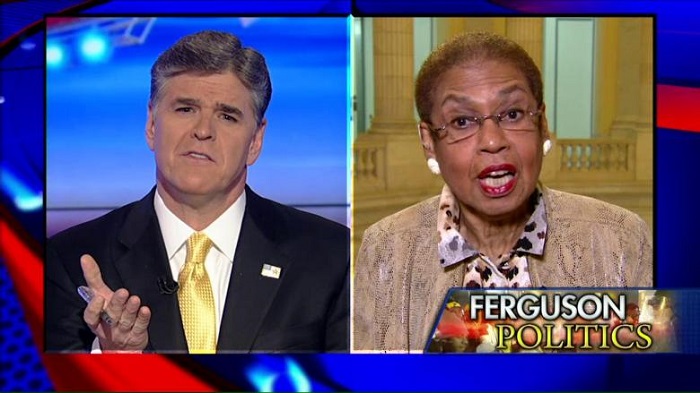 “Did you read the evidence that was released in this case? Hannity asked.

“I did not, and that is not a concern,” Holmes replied.

“The evidence isn’t a concern? What?!” the visibly stunned host shot back.

… Hannity later read some of the evidence that was released after a Ferguson grand jury decided not to indict officer Darren Wilson in Brown’s death. He criticized Democratic lawmakers for pushing the “hands up, don’t shoot” narrative, even though some witnesses — including black witnesses — discredited the claim.

Norton then started to lose her cool.

“If you want to talk to people who have other concerns, have them on your show!” Norton shouted, later clarifying that she is not a lawyer.

It’s enraging to hear someone admit that the evidence in the Michael Brown case doesn’t matter, but it’s also not surprising at all. At least she’s honest — if the facts mattered at all to these people, then they would have no excuse to light businesses on fire and loot stores and continue inflaming racial tensions, so they’ll just merrily continue on pretending as if the evidence doesn’t exist.