Tension FLARES as Mayor Approves Another Civil War Monument Removal – “It Helps Stand Up To Hate!”

Racial tensions have been at an all-time high, first under the Obama administration and they’ve continued to simmer under Donald Trump. Liberals have reacted by proposing the removal of Civil War monuments honoring confederate leaders — and another one has just been removed in New Orleans[1]. 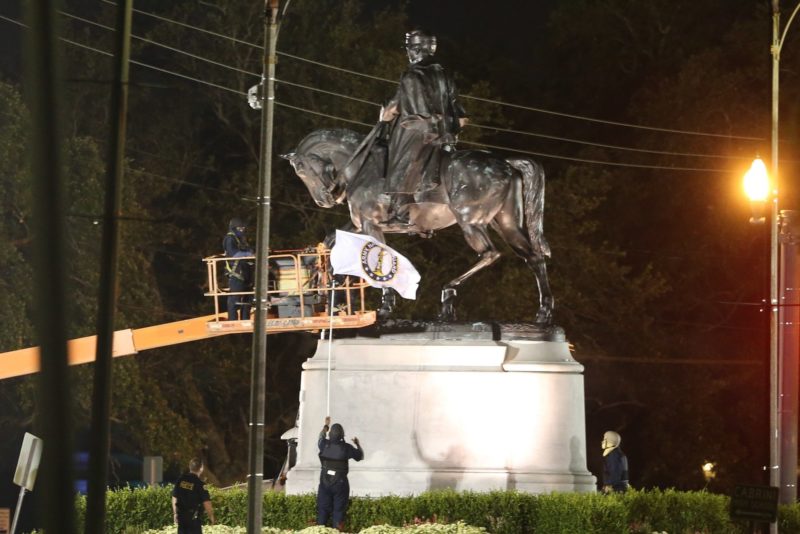 The P.G.T Beauregard monument in New Orleans’ City Park has been removed, with Mayor Mitch Landrieu saying it was necessary in order for the city to “stand up to hate.” It’s the third monument that New Orleans has removed in two months, a breakneck pace after Landrieu announced almost two years ago that he wanted four confederate monuments removed: the Jefferson Davis, Liberty Place, the P.G.T Beauregard and the General Robert E. Lee.

Landrieu released a statement applauding the monument’s removal, saying that it was a way for the city to stand up to “white supremacy.”

“Today we take another step in defining our City not by our past but by our bright future,” he said. “While we must honor our history, we will not allow the Confederacy to be put on a pedestal in the heart of New Orleans. As we near our City’s 300th anniversary, we must continue to find courage to stand up to hate and embrace justice and compassion.”

What it looked like when the statue of PGT Beauregard was removed pic.twitter.com/hErJGHt485[3]

While liberals have cheered on the removal of the monuments, not everyone is happy about it. One group, Save Our Circle, criticized Landrieu for funding the removal of public monuments with private donations. Others, like local history professors, argued that the city’s history should be preserved. Many fear that more Civil War monuments throughout the city will be targeted, as Black Lives Matter and other similar groups are calling for their removal also. This includes a statue of President Andrew Jackson, which is in New Orleans’ French Quarter.

Do you think the monuments should be saved?